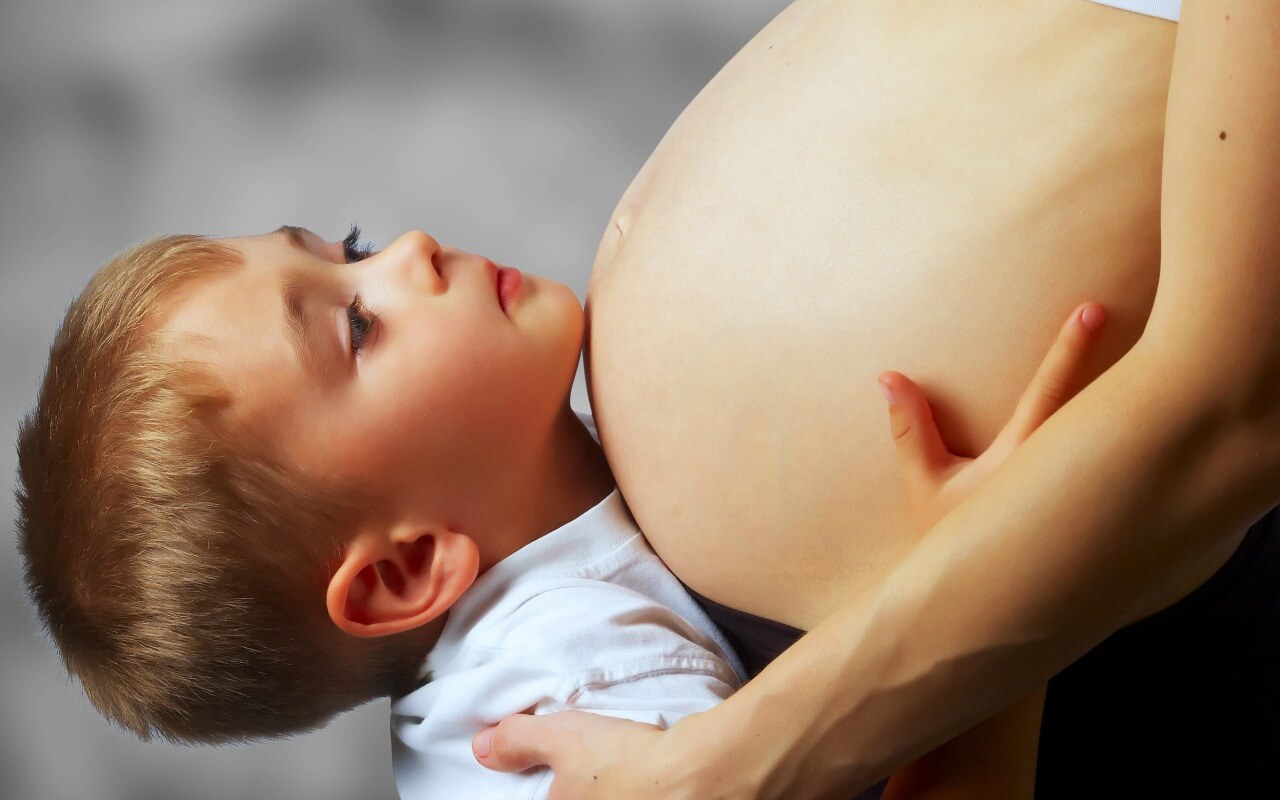 I wrote this post about a month and a half ago, at 19 weeks pregnant. Since I wasn’t ready for the big pregnancy reveal just yet, this post sat patiently on my desktop until I was indeed good and ready. And now, here we are…

And I mean that in the most sincere, non-sarcastic way…though it probably would’ve been the exact opposite—and accompanied by an eye roll—just two hours earlier.

My 3-year-old had been having a rough afternoon. First, there was a solid hour and a half of jumping and smiles at a bounce-house place. But the open-play session was a little late in the day and a little far from home, so by the time we were searching for a restaurant, he was hungry and cranky and refusing to eat anything other than French fries. Then he didn’t want to get into his car seat. Then he had a massive temper tantrum, post-car-nap, when we got back to our place and cried and flailed as I tried to get him up the front steps of our apartment building.

So, it was all amazing, as you can see.

My kid is usually pretty chill, so I can’t complain too much about this cranky day, especially since I suspected that he was coming down with a cold.

But in his current amazing state, I was worried about his bedtime routine. You see, I’m just about 5 months pregnant, and my belly had been feeling a little sore after wrangling him all day. Just getting him in and out of the car seat was enough to make me feel like I had done sit-ups, and I was concerned. My husband was also out of town, so bedtime was up to me and me alone.

See also  A Big, Fat Kiddie Reminder: You Never Know Until You Ask

This kid used to go to bed beautifully for me. (Operative words: used to.) I did everything by the book—putting him down sleepy but awake, sticking to a clear bedtime routine, yada yada yada—and then a switch flipped and he refused to do anything of the sort. It was that wonderful realization that Mommy would stay with him, come back, cuddle with him on the couch, do whatever he damn well pleased to avoid hearing screaming for hours on end.

Because of that, the last God knows how many months have entailed reading books on the couch while listening to classical music until he fell asleep on me. At which point I would transfer him to his crib. But he’s 40 pounds, and as my belly got bigger, this got harder.

So I braced myself as I got ready to reason with a 3-year-old.

“Sweetie, Mommy’s going to read books to you in your room tonight,” I said very calmly and rationally.

“No, I want you to read them in my living room!” he countered.

“Honey, here’s the thing: You know how the baby is in Mommy’s belly? Well, Mommy’s belly is hurting a little right now, and it’s been hurting more when I’ve been picking you up today because you’re a little heavy for Mommy right now. Do you think you could be a really big boy for Mommy and a really good big brother and get into bed by yourself and we could read books there?”

He looked at me for a second, sweetly touched my belly and said, “OK, Mommy.” And then he got up and walked into the bedroom!

See also  How My Son Cured My Obsessive Christmas Disorder

I was a few seconds behind because I was seriously in shock, but…well, wow. Just wow.

He understood. My 3-year-old understood what I was going through and put aside his own bossy little desires to help me.

Things we may see flashes of in our little ones, but not necessarily attributes we readily attribute to toddlers and preschoolers. And my new philosophy is that maybe we’re not giving them enough credit—or at least I haven’t been.

It’s funny because I talk to my son like he’s a little adult sometimes—especially when it comes to “academic” pursuits. Or, you know, as academic as you can get with a 3-year-old. Books, museum exhibits, talking about gravity when his smoothie swirls to the bottom of his see-through swirly straw. But in my mind, he’s still a baby in so many ways, especially emotionally.

But he got it that night…and has continued to get it every night thereafter. And trust me when I say that no one has been more shocked than me. Now I’m plotting—er, wondering—what I should try next. I realize that 80 percent of the time, he’ll probably dig in his heels and refuse to do whatever I’m asking him to do. But I can’t wait to see what the other 20 percent brings.

Tell Us: What has surprised you lately about your kids?