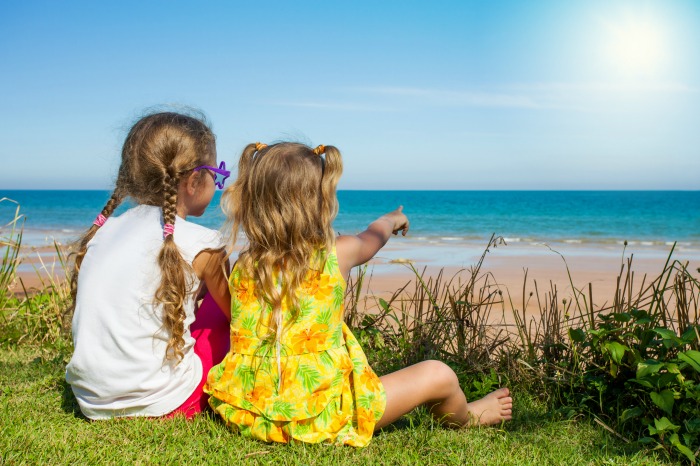 My best friend Carrie would’ve been an awesome mom. Beyond awesome. She was loving, exuberant, brilliant and sassy, and she had just the right dose of crazy mixed in. Maybe a little extra crazy, but in the best ways possible.

She would’ve been the type of mom to stay up late and eat the most decadent ice cream with her daughter while laughing over silly movies. The type of mom who would’ve ditched school to take her son on a really fun—yet somehow profound—field trip, just the two of them. And the type of mom who all the other kids in the neighborhood would have asked for advice when they couldn’t talk to their own parents.

She was a social worker who specialized in therapy, and she absolutely loved what she did. She was also damn good at it.

As I’m sure you’ve already guessed since I’m talking in the past tense, Carrie is no longer with us. She had a very aggressive form of breast cancer and passed away in 2009. But she’s with me every day in spirit, and I know she’d be thrilled to know that she taught me one of the most important lessons of motherhood—hell, of life.

It wasn’t about how we need to live every moment to its fullest because we never know what could happen, though of course that’s something I learned through her as well.

Say it quickly. What does “should” sound like now? Exactly. Because that’s exactly what someone who’s on the receiving end of a “should” feels like—like they’ve been pooped on.

Carrie believed that the world was a better place when people were true to themselves. When they didn’t bully one another into believing what they believe. When they didn’t try to change to fit into a specific idea what other people thought they should be.

That all makes life boring, but more important, it also makes people feel guilty and like they aren’t enough. One way is not the way, and if you think it is, well, she’d have some choice words for you.

And you know what? She was right.

Here’s how I apply it on a daily basis.

With my mom friends…
Unless something is literally life- or limb-threatening, no mom should or shouldn’t do anything. Using that word, in fact, is a surefire way to alienate your mom friends, who are your salvation and sanity on a daily basis. If I have a suggestion that I think might help a friend, I suggest it’s something that she “might” be interested in or mention that it’s something that worked for us. If she thinks it might work for her, she might try it. It’s wrong to force my opinions on her, because that’s what they are: one mom’s opinions, not the law of the parenting land.

With my son…
I want him to be who he is. It’s my job to develop that and to nurture that, not to turn him into my clone or mold him into a very specific idea of “son.” Yes, I want to instill good values and manners in him, of course, but past that? I try very hard to listen and to observe, to see what excites him and keeps his attention. I can’t be married to a script of what I think he should be interested in or what would make for a fun day. That’s like forcing a square peg into a circle on one of his shape-sorting toys.

With my husband…
I’ll admit, I need a little work with this one. My husband doesn’t parent like I do—and, of course, that drives me crazy sometimes. But as I constantly remind myself: He’s not me, and that’s OK. In fact, that’s more than OK. Because two of me would probably be a lot for my poor kid to handle. A different perspective is good, and different parenting is good. A little risk, a little throw-caution-to-the-wind attitude, a little everything—that’s what Dad is to him. And Dad is half of this parenting team, so he gets a say in what happens. Telling my husband what he should do all the time undermines him. It also makes me feel like a nag, and that’s not who I want to be as a mom or a wife.

With myself…
This is also a tough one. I really do always feel like I should be doing something—and doing it better. How anyone is supposed to fit in all of the responsibilities and insanity of motherhood into just 24 hours each day—and sleep and have a little downtime—is beyond me. But I’m taking it day-by-day. And feeling like I’m falling short on some ideal of motherhood when I look at Pinterest, Instagram, Facebook and whatever other mom-envy site gets invented tomorrow? I’m doing my best to ignore the competition, because really, who the heck am I in competition with? Yeah, no one. Also, I’m really too tired to worry about any of that crap.

So even though she never had the chance to be a mom, Carrie is mothering—and aunting and friending—in all sorts of ways. She’d love that, and I am eternally grateful for it.

Tell Us: What’s the best piece of parenting advice you’ve ever gotten?

October is Breast Cancer Awareness Month. Please get yourself checked out and encourage the women in your life to be vigilant about their breast health. And if you want to donate to a good cause, check out FORCE, which helps women and families affected by hereditary breast and ovarian cancer. 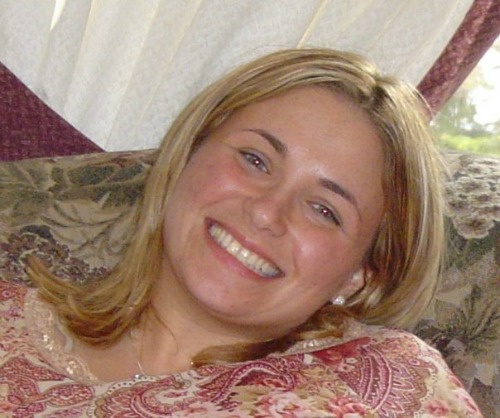