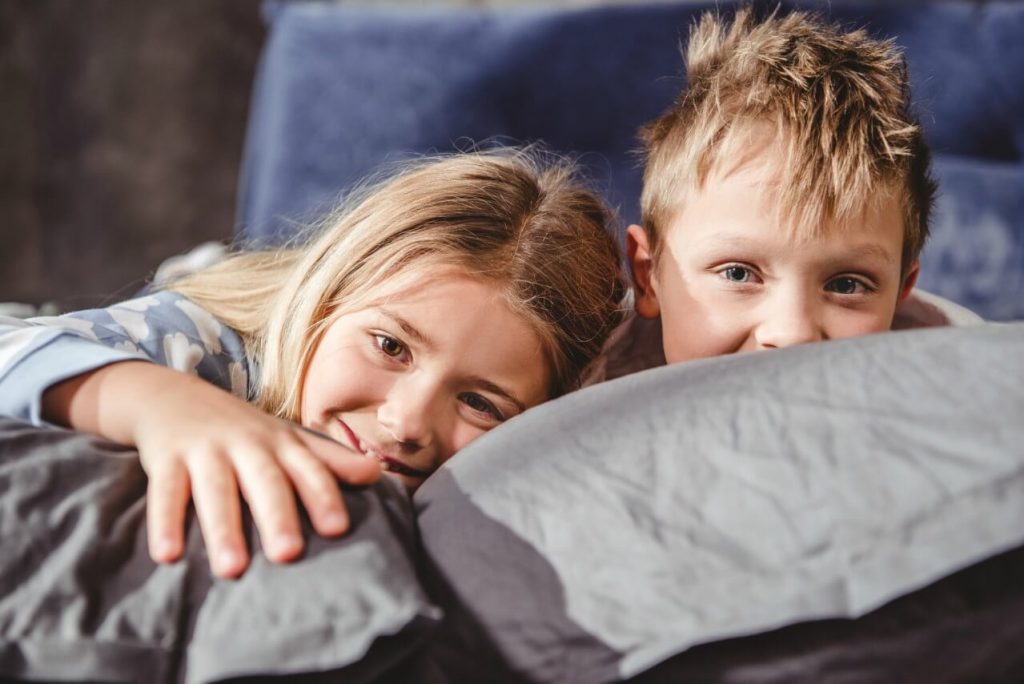 It’s the middle of the school year, so the assessments are in full swing. How are your kids doing? Are they on track? Are they learning what they’re supposed to be learning?

Oh, sure, you’ve had the requisite parent-teacher conferences, but I’m not talking about academics, social skills or the OMG-pay-attention-kid stuff here. No, I’m talking about the things that are really important—the things that could literally save your child’s life.

You may think that certain safety lessons are intuitive, but trust me when I say that they’re not. We have to teach them to our kids, review them and then review them some more. The purpose of this is not to scare our children; it’s to empower them by giving them the knowledge of what to do in an emergency—just in case.

So, here are 9 big safety lessons for elementary-school kids that are a helluva lot more important than proper penmanship.

MAKE SURE YOUR CHILD KNOWS HOW TO…

Get out of a car seat.
I know what you’re thinking, and it’s likely, Are you insane? I don’t want my child to know how to get out of his car seat. What if he tries to do that while we’re driving? It’s not safe! Well, you know what else isn’t safe? Being trapped in a car seat in the aftermath of an accident when water is filling the car or it’s on fire.

If you’re teaching your child how to get out of a five-point harness, he or she needs to be old enough to understand to do this only if it’s absolutely necessary—so we’re generally talking about an older preschooler or kindergartener. After you have the conversation, you need to practice, practice, practice. Teach kids to unbuckle and wiggle out of the straps, as well as open the car door. Then teach them to do the same with younger siblings who can’t get out on their own.

Call 911.
It’s such an easy concept, right? Wrong. First, your kids have to remember the numbers. When my son was in preschool, 911 became 991 and 119 and pretty much anything but 911. Then they have to figure out how to use the phone and find the numbers (which can be surprisingly hard for them), and if you’re using a cell phone, how to unlock it or access the emergency setting. Plus, you have to teach them not to call the police just to say hi or to ask them to find a toy or arrest a little sister because she’s being annoying. Yeah, this is a lot more complicated than it sounds.

Kids are trusting, and kids forget. We can’t let them.

But you can actually practice calling 911, like my high school friend did, as she details in this 2015 interview on Yahoo. Because she did this with her kids, they were able to calmly call an ambulance and their father when she was having a seizure.

See also  In Defense of Moms of All Ages

Get to safety during a terrorist attack, mass shooting or other situation in which Mom may not be able to help—and get younger siblings to safety, too.
Nope, it’s not a happy thought, but it does make me happy to think that these safety lessons could give my children a fighting chance in a devastating situation. Giving them that fighting chance entails three things: 1) that my son knows it’s OK to leave me and the area; 2) that he knows how to scurry to shelter instead of making himself a target, and when it’s safe, to find someone who can help; and 3) that he gets his little sister out of harm’s way, too.

The terrorist attack in Nice prompted that last directive. My daughter was about a year old when it happened, and while I was reading the news that morning, I realized just how helpless she would be if I were incapacitated. So I told my son: “If there’s an emergency, you pick up your sister and you go. You know that, right? Pick up your sister and go.” He has always thought of himself as her protector—he once yelled at a little old lady who got a little too close to his sister while she was cooing at her—and he understood the magnitude of his responsibility. (He still does.) You can read the rest of that post here.

Be smart if there’s a fire.
There are a few safety lessons under this emergency umbrella. First, there’s learning to stop, drop and roll if, God forbid, someone’s on fire. And then, there’s what to do there’s a fire raging through the house: Teach kids to feel the doors to see if they’re hot, crawl on the ground to minimize smoke inhalation, and get the hell out of the house—even if it means without Mommy and Daddy because there’s fire in the way. (Plus, as I mention above, I’ve told my son that if he can get to his sister, that he should grab her and then go.)

Get to the family’s prearranged emergency meeting point.
The last part of the fire protocol is devising a meeting spot, if we can’t all get out together. At first I thought of the tree at the top of our driveway, but then I worried about my toddler wandering into a dark street and getting hit by a car, so I decided on the driveway next door. We would meet there, and we could also ask the neighbors for help.

Find someone to help if they get lost.
My directive: If you get lost, look for a police officer, a fireman, or a mom who’s with her kids. They will help get you back to your grown-up.

Identify and avoid stranger danger.
I don’t know if you’ve seen this social experiment on YouTube, but if you haven’t, watch it now. In it, a man tells young kids that he needs help finding his dog…and every single one of them goes with him on the puppy-finding errand. Every single one of them. Their parents were shocked.

Do I feel slightly better knowing that my children are slightly more prepared because we’ve been having these conversations? Absolutely.

The night I watched this, I asked my then-preschooler what he would do in that situation. Of course, we’d had the talk, too, and I thought he knew better. Nope. He said he would help the nice man find his dog. I was horrified but also grateful to know what was going on in his head. It made me realize that I had to have the talk with him regularly. Kids are trusting, and kids forget. We can’t let them. One more big lesson garnered from that video: No grown-up ever needs help like that from a child. Ever.

Make a huge scene during a potential abduction.
If anyone tries to grab you, do not be polite. Kick, scratch and scream, “This is not my Mommy or Daddy! I need help!” Over and over and over again. My son is polite almost to a fault, so he was surprised (and also fascinated) to learn this safety lesson.

Do what they can to protect themselves from sexual assault.
I think there are a variety of ways that we can help protect our kids from sexual assault (check out this article for 15 important tips), but the most basic way involves teaching them this safety lesson: Your private parts should not be touched by anyone except you. Not even a doctor is allowed to examine you unless one of your parents is in the room. Our last doctor said that very explicitly to my son every time she saw him, and I thought that was a great thing to teach and to repeat. I also always remind him that if an adult ever does touch him inappropriately, he should tell me or his dad immediately; it is not his fault, and we will never be upset with him.

Do I feel sick even thinking about these situations? Yes. Do I feel slightly better knowing that my children are slightly more prepared because we’ve been having these conversations? Absolutely.

Tell Us: What are the most important safety lessons that you’ve taught your children?