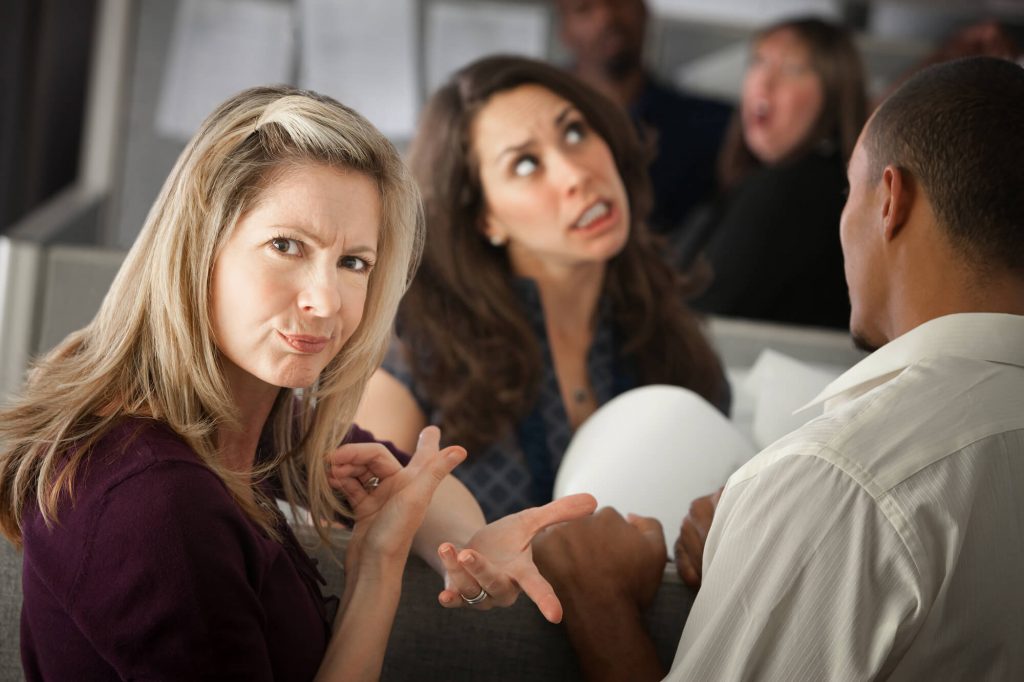 Becoming a parent has made me realize how much I hate people.

No, not all people. But lots of them.

I know, I know. That sounds harsh and completely misanthropic, especially at this time of the year when we’re supposed to be all warm and fuzzy and thankful. And I am thankful—thankful that I have the sense to realize that not everything is all warm and fuzzy and awesome and that I can teach my kids how to be good, kind humans and, well, not to be annoying AF.

Something tells me that you might hate people, too.

Exhibit A: A complete stranger sneezes on your child in an enclosed space and then doesn’t even have the decency to look horrified and apologize profusely.

Exhibit B: Another delightful stranger tells you that your 9-month-old baby is too old to have a pacifier. And don’t even get me started on what happens if your 3-year-old still has a binky.

Exhibit C: Your child excitedly relays something quirky and random that he’s excited about to an adult he admires and said adult doesn’t even slightly feign interest in what he has to say.

Exhibit D: An adult opens a door in a crowded public place for your toddler to run through…without you. (Click here for that story, which still enrages me.)

Exhibit E: Someone jokes about your husband needing a shotgun to ward off the boys who will want to date your daughter someday.

Exhibit F: All the people with all the opinions—about everything from how long you should breastfeed to which school your child absolutely has to attend to why you’re a terrible mother for not making your kid wear a hat on a chilly day. (Lady, like I haven’t tried?!) When I was pregnant, I even had a man argue with me about the gender of my unborn baby. He was convinced that I was having a boy from the way I was carrying; my blood test and sonograms said differently, which I kindly told him, but he wouldn’t let up. Spoiler alert: It was indeed a girl, you nitwit.

See also  I Love My Toddler's Pacifier, and I Refuse to Apologize for It!

And that’s the annoying stuff, not even the awful stuff—like when someone sexualizes your infant daughter or makes a misogynistic joke in front of your kids. Or when your child comes home upset because other kids have been unkind to him, or worse. Or when the people you’ve counted on to be good role models end up being the exact opposite, and now you have to fix what they broke.

People talk about mama bears, and I always think that’s cute. A bear? Ha, no. You do something to my kid and the wrath you’re going to witness is on par with a very deliberate, very angry sharknado—lots of force, lots of fury and lots of teeth.

I have spent the majority of my life being a people pleaser. I think that a lot of women do because they think they should. They apologize for everything, including breathing. They shrink back and let others go in front of them, literally and figuratively. After all, they don’t want to be rude. They don’t want to be too much. They smile all the time because that’s what makes women less aggressive, less threatening. I’m convinced that this is why my eyes are sporting premature crinkles—oh, who the hell am I kidding, they’re flat-out crow’s feet—because I did this so much.

I’d like to think I would have grown out of it at some point, but let’s face it—if decades of life didn’t make me change, I probably never would have. What made me change was having kids.

And that’s a damn good thing—for me and for them.

For the people out there who are annoying AF? Well, maybe not so much for them. To keep with the acronyms, IDGAF. I’m done playing nice. I’m too tired, and my kids are too important.

Tell Us: How has having kids changed you on a fundamental level?