Last week, I realized that I was the mom who made some complete strangers never want to have kids.

OK, maybe that’s too harsh. But at the very least, I was the mom who made them realize that they didn’t want to “mom” the way that I was momming. Still…ouch.

My kids were actually behaving, but the situation itself was undesirable: It was after 9 p.m., and I was outside walking my dog…with my two very young kids in tow. The toddler was strapped to me in an Ergo, the 5-year-old was running down the street ahead of us, leading our little pack, and our dog was walking slooooowly. Her chronic leukemia had recently taken a turn for the worse, she had fallen off the couch and hurt her leg, she needed to be carried up and down the stairs, and the new meds she was taking made her pee a lot.

This was not our normal routine. (I’m crazy but not that crazy.) I didn’t have much of a choice, though. My husband was out of town, I didn’t have a dog walker, and I wanted to walk my pup as late as possible so I wouldn’t have to wake the kids up and take everyone out in the middle of the night. Before you ask, we live in New York City, so letting my dog out in the backyard wasn’t an option.

So, there I was, with my three babies, on the streets of New York City way too late at night. The preschooler was overtired and jumping down the block like a kangaroo. (Literally, like a kangaroo. He’s learning about them in school this month.) And the toddler was chatting away incessantly, waving at random people on the street and occasionally whacking me in a misguided attempt at a high-five. Oh, and with my frizzy hair and worn-off makeup, I looked like I’d been run over by a truck, maybe two.

READ  All They Want for Christmas Is You

Still, no one was having a meltdown, and everyone was happy. Yay, us!

Then I made the mistake of catching someone’s eye and smiling.

I live in a family-friendly neighborhood, so I was expecting a commiserating look, but since it was late, all the families were home and the young ’uns were out. And the look I got back from this girl was not as warm or fuzzy as I had expected. The same went for the next three or four people I encountered.

It’s not that I used to be judgmental. I just had ideas—ideas of how my life would look when I became a mom, ideas of what I’d be doing at this (ahem) advanced age.

Some seemed to be thinking, “That poor woman.” Others were probably not so kind: “Don’t those kids have a bedtime? What is wrong with that woman? If I ever have kids, there’s no way I’d ever be like that.”

I saw the looks on their faces—their supple, well-rested, wrinkle-free faces. But mostly, I remembered being them.

It’s not that I used to be judgmental. I just had ideas—ideas of how my life would look when I became a mom, ideas of what I’d be doing at this (ahem) advanced age. Wearing sensible shoes with fluffy, striped Christmas socks and toting around two kids and a dog late at night certainly did not mesh with that idea.

And now? I’m a mom, and I do what needs to be done. Period. I don’t give it a second thought until later because I can’t. I just have to do it. And you know what? My life might look like a shit show some of the time—and I guess it really did that night—but I wouldn’t trade it for a damn thing. And my pup? She is my first baby, and I would do pretty much anything for her.

READ  Meeting Mom Friends: And You Thought Dating Was Hard!

So instead of keeping my head down and looking for a really big rock to crawl under—which, admittedly, was my first impulse—I kept my head high and continued chatting away with my kids and encouraging my very slow pup. And I decided to own it. To own my life, as messy and undesirable as it was at that moment to some people. Because in its way, it was pretty darn perfect to me.

And those people who were giving me the pitying and judgmental looks? I just continued to smile because they didn’t get it…but they will someday.

Tell Us: How do you deal with judgmental strangers? 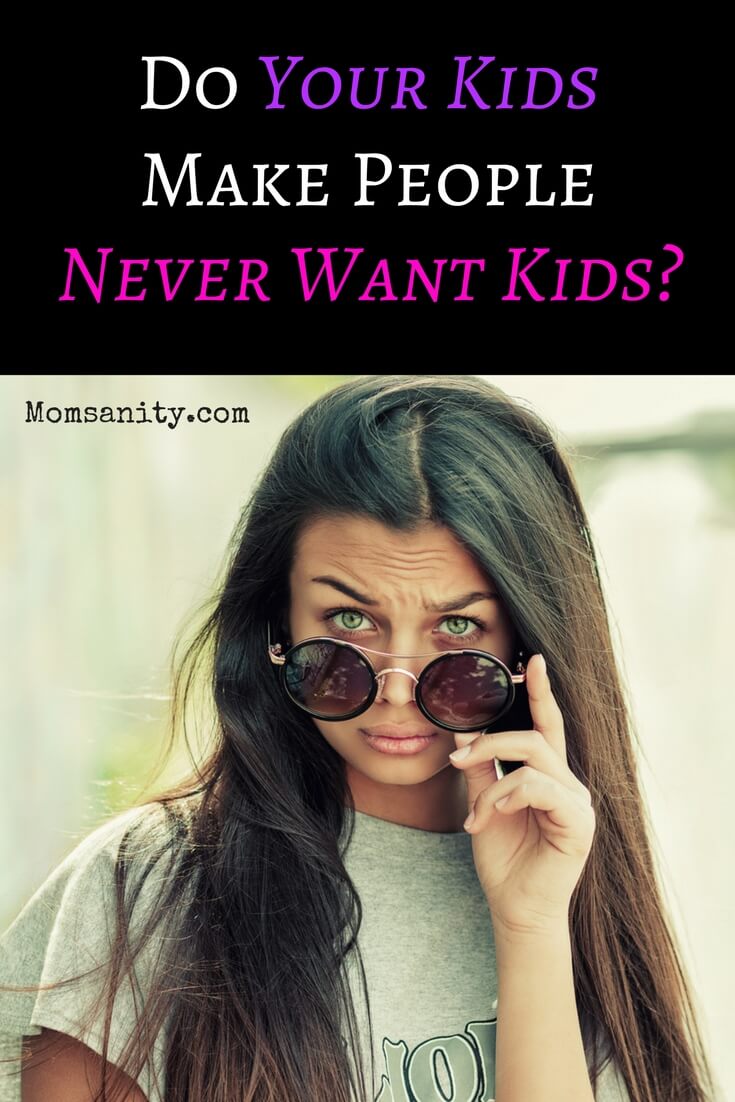