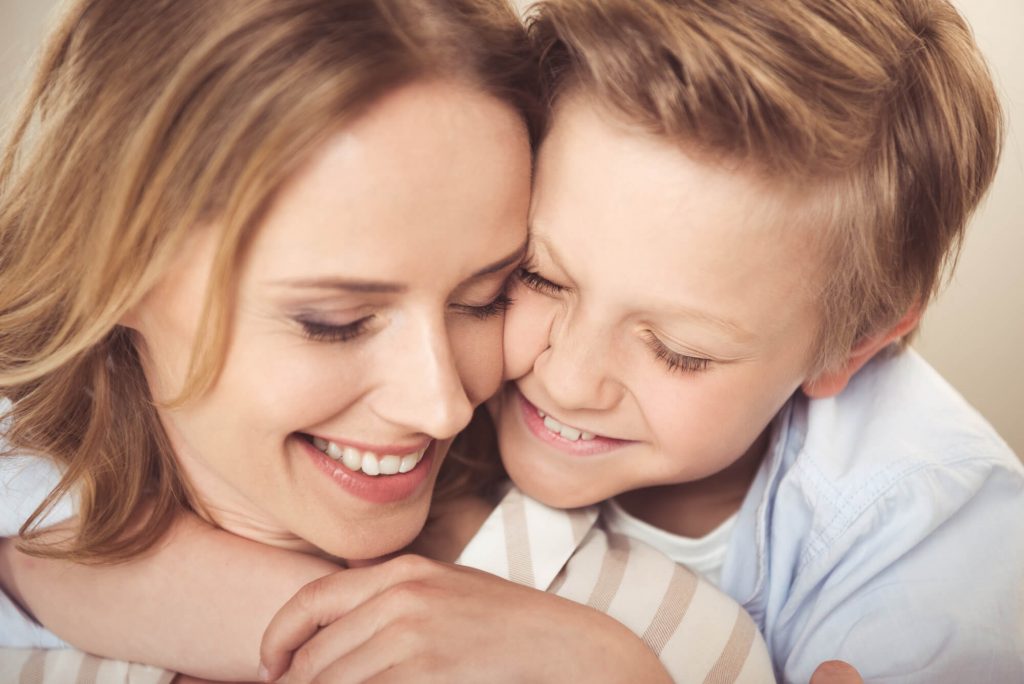 I mean, he’s only 5, so I know that sounds crazy, but 5 is seeming so grown-up lately.

I honestly don’t know, but it’s been freaking me out a little. And whatever’s causing it, I’ve been sort of forgetting that he’s only 5. I’ve been expecting more of him, and I’ve been thinking of him more as a little adult than a little boy—albeit one who loves Power Rangers and needs 863 reminders to put on his shoes and who gets about a million kisses from me a day. Still, I think that’s why this episode that happened a few weeks ago took me by surprise.

It was bedtime, and the toddler was having a particularly bad bout of teething and clinginess. She needed me, so my husband was in charge of our son’s bedtime. I had been kind of hogging bedtime since he started kindergarten because I wanted to hear more about his day, and those relaxed, pre-bedtime moments have always been a great sharing time for him. But of course it was good for him to have that bonding time with his dad, too, and I was needed elsewhere.

So I ended up on the couch with the toddler, whereupon I promptly fell asleep, only to be awakened by my son 20 minutes later. I put down the baby, and then I took him back to bed.

See also  How I Survived Disney with a 3-Year-Old

And then he got up again. He’d heard a strange noise.

And then he was thirsty.

And then he needed to use the bathroom.

And then he wanted to tell me something about ninjas and ghosts (or ghost-es, as he calls them).

“Did something happen at school today?”

“Were you upset that I put your sister to bed tonight and I couldn’t read books with you?”

“We’ll read books tomorrow, I promise. But it’s time to get to bed now.”

“Please don’t go. Cuddle with me.” He lifted his comforter. “Come on—cuddle right in, right there.”

He had a big smile on his face as he scooted over to make room for me, and once I was snuggled up with him, he threw a big arm right over me.

I was his, and he was mine. And it was perfect—that moment that reminds you that this whole motherhood thing is pretty darn amazing.

It made me remember just how much our big kids need us and how much they crave this type of closeness, even they can’t always verbalize it and even though it looks different than it did when they were cuddly infants. He needed me in such a fundamental way—to be there physically, to make him feel secure and, in doing that, to let him know how much I loved him, even though I tell him that I love him a hundred times a day.

Here’s the thing: Routines are great and bedtime can’t come soon enough some nights, but those moments when we throw the routines out the window are so important for our kids and for our relationships with them. Also, those moments are kind of the whole point of parenting, aren’t they? These little wonderful slices of parenthood pop up all the time, but the trick is to recognize them when they’re happening, especially as our kids get older. Because one day they really will be gone, and we’ll be left wondering what else could have possibly been more important than experiencing them right then and there.

Tell Us: What do you do to make sure that you’re available to your kids and stay in the moment with them?