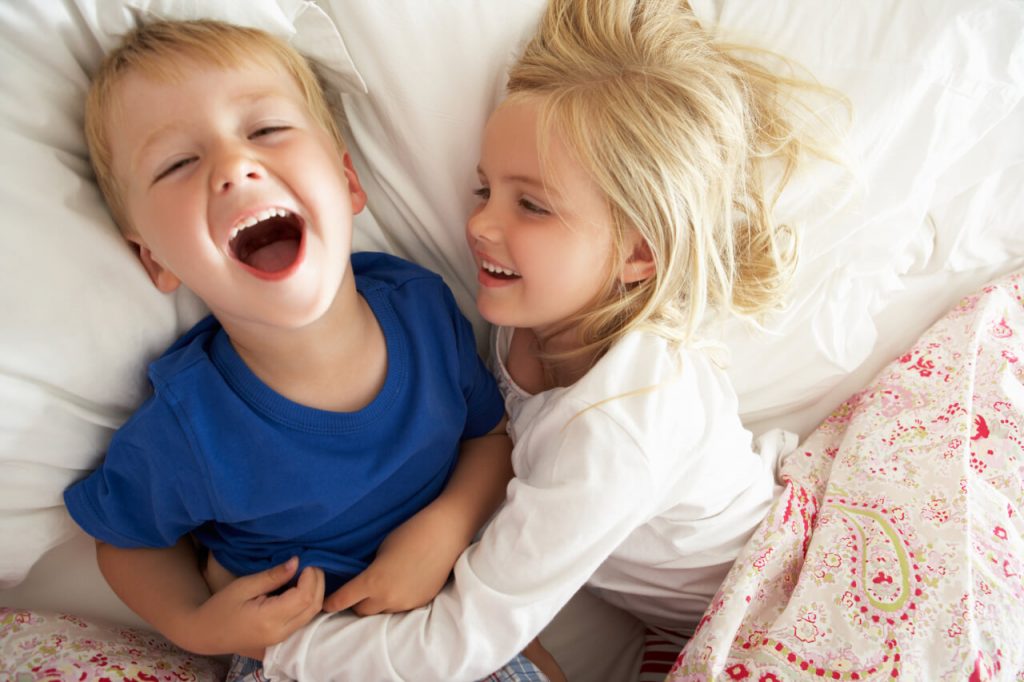 Yes, I know all of this, but it can be so hard to remember—and even harder to remember to put into practice—when work deadlines, holiday prep, exhaustion and everyday motherhood collide. Actually, I should clarify that: It’s hard to remember during the day, when two kids are alternating between hitting each other with lightsabers and coughing directly into your eyeballs. It’s a lot easier to remember once they’re in bed, all is quiet, and the mom guilt sets in.

I thought I’d be better at this by now, almost seven years into this whole parenthood thing, but nope. If anything, it’s getting harder, and this thing that I thought I had a good handle on when I had just one tiny, easy-to-handle child suddenly feels more a lot more elusive. And I hate that sometimes it takes a smack to the face, mostly figuratively but sometimes literally, to make me remember that I can take a breath and that I can change what I’m paying attention to and how I’m paying attention to it.

Some days, there’s no breathing room. There’s no time to just be—or at least that’s the way it feels—and those little moments don’t seem as important as they really are.

Thankfully, my latest smack to the face was the figurative kind, and it was a truly lovely moment. A few weeks ago, I did a volunteer project for my son’s first-grade class. Three other moms and I read books about being thankful to small groups of students, stopping along the way to figure out the meanings of new words or predict the next thing about to happen.

I had been looking forward to being there, since there seems to be much less hand-holding and parent involvement this year compared with kindergarten, but I wasn’t sure how my son would react. He’s almost 7, after all, and while he’s still the sweetest, cuddliest kid, he’s also at that funny age where he’s torn between being my little boy and a big kid who wants to prove to his classmates that he’s big and strong and should be taken seriously.

But I was beyond relieved and so grateful when I got there. My son was thrilled to see me, he proudly introduced me to the friends I didn’t know in our group, and he wanted to sit next to me while I read. He was attentive and excited to do the work, and he thanked me for being there. My heart just about melted.

I’ve been trying to appreciate more of these little moments lately, as well as trying to notice them when they happen spontaneously and, overall, to make more room in our busy schedules for them. Like the other night, after the toddler went to bed insanely early, my son and I just played and talked and did science experiments with blocks and generally enjoyed each other’s company. I even let him stay up past his bedtime because we were having so much fun.

Even though I “failed” last night, I certainly had a bunch of small victories throughout the day—silly little moments of eating gingerbread houses and giving Eskimo kisses and singing “Frosty the Snowman” on an endless loop.

It sounds crazy to put it like that because he’s my son, he’s awesome and fun, and it’s my job as a parent to be there with him and do all the things. But therein lies the problem: I am doing all the things, all the time, and not just with him. I am getting him and his sister out of the house in the morning. I am cramming in work before they wake up, after they go to bed and at any time in between when I have a free minute. I am doing loads upon loads upon loads of laundry. And washing dishes. And doing weird house crap like washing baseboards. I’m getting them fed and bathed and reading and doing homework and all of the things that you do to keep them alive and turn them into good, functional adults someday.

Some days, there’s no breathing room. There’s no time to just be—or at least that’s the way it feels—and those little moments don’t seem as important as they really are. It’s easy to feel like I don’t have the time to appreciate those things…but I do because they’re happening anyway. I just have to tweak my perspective ever so slightly to appreciate them more and also remember that a single happy moment will ground me and focus me more than anything else.

Unfortunately I screwed up my chance at this during bedtime last night for reasons too long to go into here. But instead of beating myself up (further), I’ll try to remember that even though I “failed” last night, I certainly had a bunch of small victories throughout the day—silly little moments of eating gingerbread houses and giving Eskimo kisses and doing “the Floss” and singing “Frosty the Snowman” on an endless loop.

So I’m going to try to remember this, especially on the really hard days, and I hope that you do, too: Those little victories, those little moments, are where it’s at. They’re the things that make up a life—and make living it worthwhile.

Tell Us: What little parenting things made you smile today?