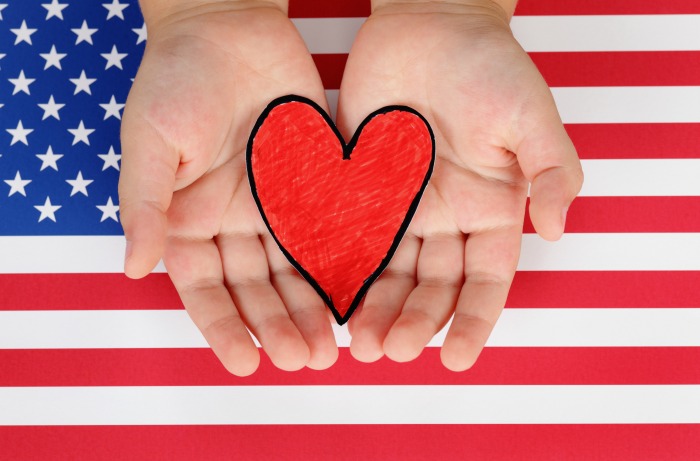 It’s been all quiet on the Momsanity front for the past week, but not for lack of trying. I’ve been writing, but I haven’t been able to focus enough to finish a post. I mean, silly observations about daily life with my two little munchkins seem, well, silly, when I’m worried about their future.

And I’m not even talking about the normal, abstract parenting worries—like wondering whether I’m doing a halfway decent job as a parent or whether I’ll be able to help my kids with their third-grade Common Core math homework someday.

No, I’ve been worrying about my kids’ basic safety and well-being after an entire week of presidential primaries and debates.

I am not one to get political in public forums, but certain topics were bandied about so much and so irresponsibly last week, I feel like I have to talk about it, just to try to make sense of it for myself. It doesn’t matter which side of the political aisle you’re on—much of this year’s political discourse has been flat-out disturbing.

And it’s not just Donald Trump, though last week he did tell the entire world that if elected president, he would torture not only suspected terrorists but also their families. And he wouldn’t stop at waterboarding—he’d go further, if deemed necessary, a la an episode of 24. If that’s not fodder for terrorist recruitment, I don’t know what is.

So, yes, I am more than a little worried about that, especially since I live in New York City.

See also  5 Reasons I'm in Big Trouble As a Mom

I am also worried that racism, bigotry and hate are being encouraged, not thwarted.

I am worried that compromise has gone the way of the dinosaurs and that our government will never get anything significant done ever again.

I am worried that in an attempt to one-up one another and grab more votes, politicians have demolished any sensible middle ground that makes sense for actual governing.

I am worried that attitudes toward women are deteriorating.

I am worried that we are glorifying ignorance and “opinions.” Some things are actually fact, and just because you feel a certain way, it doesn’t make it true.

I am worried that so many candidates seem to need a remedial history course to learn that our country was founded on the separation of church and state.

I am worried that because all of this nastiness and in-fighting, the rest of the world will stop taking us seriously.

I am worried that our children are getting the wrong message about what it takes to succeed and what makes a good global citizen—and hell, a good person.

I am just worried. And it’s keeping me up at night when my baby is miraculously not, which is also really pissing me off.

Tell Us: What do you think of the tenor of the current political season?