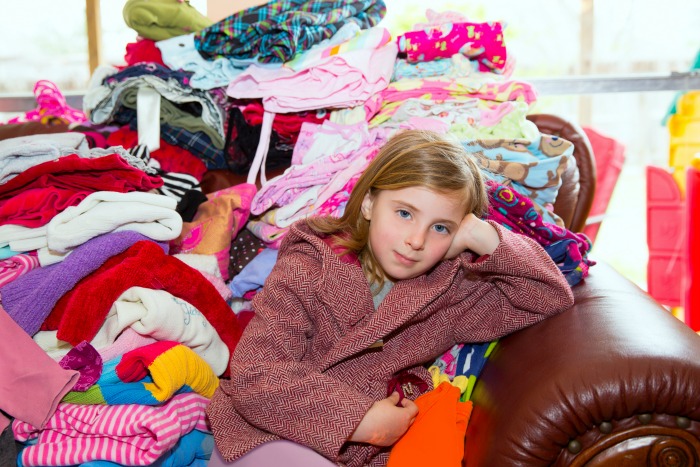 That headline makes my life sounds like a Seinfeld episode. Some days, it feels like it. Only instead of Kramer, I’ve got a crazy 4-year-old.

But it’s about more than just having a preschooler with unruly hair. It’s that there always seems to be nothing going on and everything going on at the same time, all the time. Like all moms, I am so busy during the day, I feel like I can barely breathe, and I am completely spent by the time I crawl into bed at some ungodly hour…but what do I have to show for it? Honestly, not much. And I can never escape the feeling that I’ve gotten nothing—NOTHING—done all day long.

I mean, I did three loads of laundry yesterday…but it’s still sitting in a basket, unfolded, where there’s a good chance that it will remain until it’s time to do laundry again.

I bought plenty of groceries last week…but the kids are little bottomless pits and now there’s nothing in the fridge. Why do they want to eat all the time???

I took a shower last night…but it’s 90 degrees out, I schlepped the kids all over the city, and the baby dumped a whole lot of milk on me earlier because it made her laugh.

My kids and I do a lot of imaginative play…but we’re not craft people, so we have nothing to show for it. Sure, we have the memories, but mine are kind of fuzzy because I barely slept last night and because sometimes it’s hard to follow an excited 4-year-old’s Teenage Mutant Ninja Turtles meets Camelot storyline.

See also  Why Do Moms Feel Guilty All the Damn Time?

My living room started out semi-organized this morning…but now it looks like it’s been ransacked by the world’s tiniest, most nefarious, most confused villains.

I returned a few texts…but that hasn’t even made a dent in the conversations I’m behind on. (Side note: Friends, I love you, but I’ve been terrible at managing my life lately.)

I did some work…but it’s already been sent out into the abyss of cyberspace, and I’ve got a lot more to do before one of the kids wakes up. And that’s not even counting the two projects I’ve been trying to get off the ground for months but haven’t had the necessary time to devote to them.

I took 823 more pictures of the kids this week…but I haven’t made an effort to organize or print them. Instead, they’ve joined the other thousands of digital photos and videos collecting proverbial dust on my iPhone and computer.

My living room started out semi-organized this morning…but now it looks like it’s been ransacked by the world’s tiniest, most nefarious, most confused villains.

I sat down with, listened to and really made progress with my 4-year-old after a rough few days…only to feel like it all went to hell once the witching hour hit and then again once bedtime rolled around.

But then I realized that there’s actually some good news buried in there. I do have something to show for it: two happy, healthy, entertained and engaged kids who are excited to get up every day, spend the day with me, and do it all over again.

See also  Me and Lego: Everything Is NOT Awesome

Tell Us: How do you get yourself organized and motivated when you feel like life is attacking you?