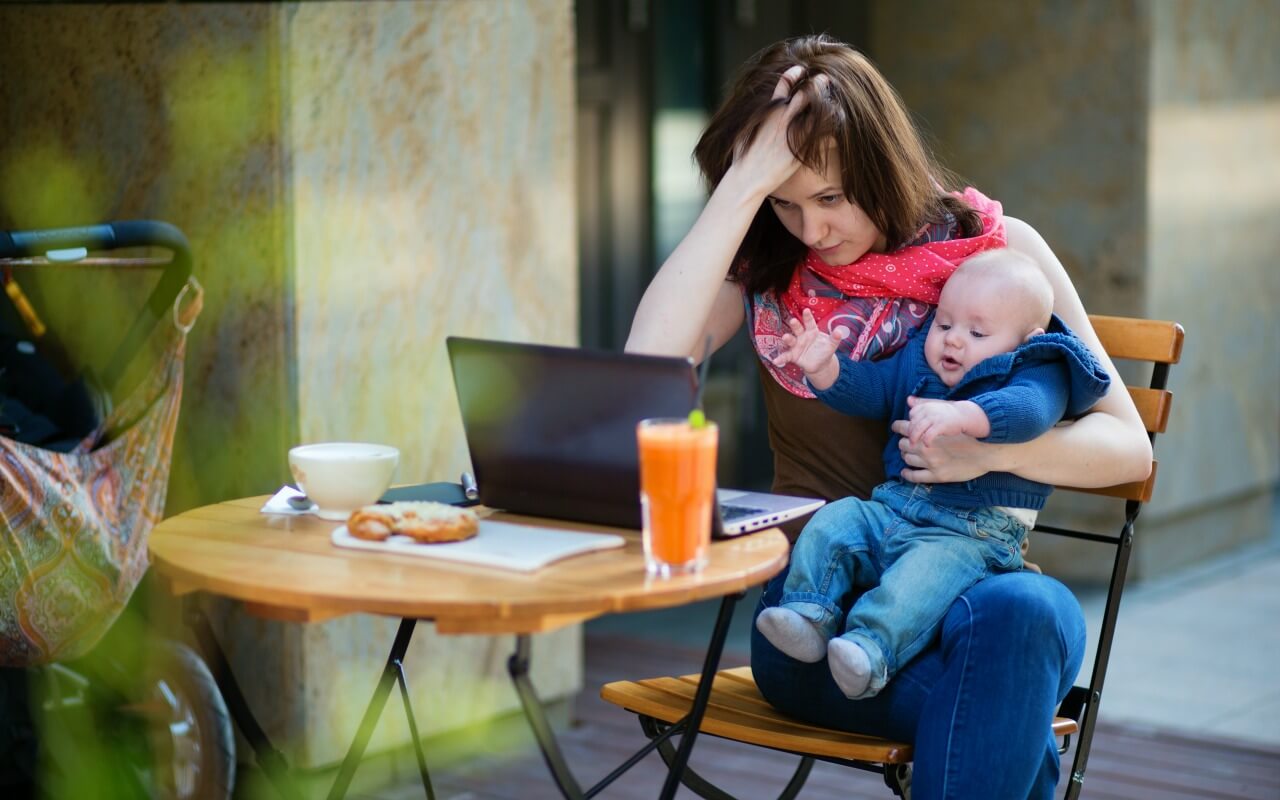 I have yet to meet a mom who isn’t scheduled within an inch of her life.

It sounds dramatic, I know, like we’re all dangling off the edge of a cliff, clawing at the dirt and hanging on for dear life. But God, it really does feel like that some days.

I’m writing this post on a weekend, so technically it should be calmer around here, and it is. Sort of. The hubby’s golf day was rained out, so he was unexpectedly home this morning. The toddler and I introduced him to Frozen (toddler’s request), and we had a really lovely, lazy morning. I was feeling a little guilty for not tackling my endless to-do list, but I was enjoying the cuddles from my snuggly 2-year-old way too much. When the movie was over, I jumped in the shower…at which point the hubby decided to take the kiddo to the park.

Great! A little time to myself!

In another life, “time to myself” might have meant a nap or a pedicure or curling up on the couch to watch some guilty-pleasure TV. But now, what gets me excited is one solid, uninterrupted hour of getting things done. Lots of things. Laundry. The dishes. Tackling my never-ending e-mail. Writing a new Momsanity post. Actually brushing my hair.

It’s multitasking at its finest—or its worst. My brain happens to be working today, so I’m plowing through my tasks, but on the days that it’s tired, frazzled or simply boycotting, I’m lucky to make it through to-do item #1.

It doesn’t matter if you’re a stay-at-home mom, a working mom, a work-from-home mom or any of the hundred different mom incarnations: No matter what your particular situation, you will fill up all the hours of your day—and then fill them some more, beyond the point of reason. As women and as moms, we want to do everything. And we’ve been told that we can and should…but, um, am I the only one who thinks that’s an awful lot of pressure?

And the guilt. Oh, the guilt. Yeah, let’s talk about that for a second. I don’t know about you, but if I—heaven forbid!—decide to take a proper break and put my feet up for a few minutes, I feel guilty for not devoting that free hour to my kid. For not focusing on the work I’ve been slacking on. For choosing to buy a cake for that family barbecue instead of baking one. For having my apartment look like a disaster I’m embarrassed to let my UPS guy see instead of something out of a Martha Stewart spread.

All of this really struck me when I read Anne-Marie Slaughter’s piece a few months ago about why women can’t have it all. In the midst of stories about women who go to bed and wake up at ungodly hours, she tells the story of a female executive who was so “ruthless” about her time that she would press 3:33 in the microwave instead of 3:00, 1:11 instead of 1:00.

Now, I know that this anecdote was meant to illustrate the ridiculous time constraints in the life of the modern woman, but I couldn’t help but feel there was also a certain sort of reverence in the description of it. Like, this woman knew exactly what she wanted and went after it, and that was amazing. And it was. It is. But honestly? The whole thing just depressed me. I mean, if women’s schedules are that precariously balanced, we, as a gender, are in serious trouble.

Throw in any tiny little wrench, stumble over the tiniest of pebbles, and this whole teetering, tottering, overscheduled empire threatens to tumble to the ground in one glorious crash. An ill-timed flu. A big work project that requires 20 times more work than you’d anticipated. A family emergency or two. Mind-numbing exhaustion. And let’s not even talk about teething. (Though let’s talk about it a little, because all four of my little guy’s 2-year-old molars are finally popping through at least partially! Hooray!)

See also  Why Should a Baby Girl's Haircut Cost More Than a Boy's?

When you’re overextended, something has to give. If it doesn’t, it will break. Sometimes it does; it did for me recently. I had a perfect storm of crap converge on my life in a single week, and everything came to a screeching halt. Life happened; my elaborate to-do list didn’t. It was that simple and that craptacular. And I know you know what I’m talking about because we’ve all been there.

Eventually, I got some much-needed sleep, brushed the proverbial dirt off, made a new to-do list and started again. With a smile, no less. Because, well, that’s just what moms do.

Tell Us: What do you do to stay sane in an insanely overscheduled life?