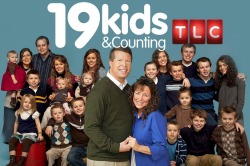 I have to talk about the Duggars. I just have to. No, I’m not going to rant about their views on marriage, sexuality, education, populating the world, their obsession with the letter J or anything else about their world philosophies. I may not agree with most of it, but to each his and her own, and thank God no one’s forcing me to watch their show.

But I do have to talk about The Kiss.

No, not the kiss between newly minted newlyweds Jessa and Ben. The follow-up kiss between Michelle and Jim Bob. I have to talk about it because for some reason, Yahoo, Google, Entertainment Tonight, E! and every other entertainment outlet on the planet seems to think I need to see them in a staged, Instagrammed lip-lock that mimics their daughter’s recent one.

In case you haven’t seen it, here it is: 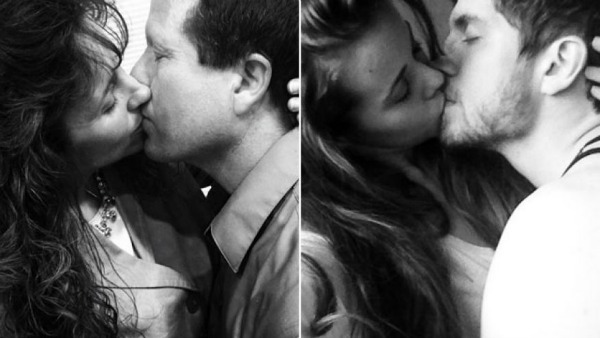 See also  Featured on HuffPo: The Terrifying Thing I Taught My Preschooler

I’m afraid that if I start rolling my eyes, I may never stop.

Granted, I don’t have 19 kids and 3 grandkids and counting, but as a mom, I think I can give Jim Bob and Michelle a refresher on this bit of parenting wisdom: It’s not all about you.

I realize that Jessa posted her parents’ picture with this caption: “My parents texted me this picture! This year marks 30 years of marriage, and they’re still in that ‘honeymoon’ stage! It’s great to see older married couples still so madly in love! I love you Mom & Dad!”

I mean, I agree with the part about married couples still having the hots for each other. Of course that’s a good thing. But that’s where the agreement stops. First of all, Jessa, it’s your parents, so yuck. And second of all, I can’t help but look at the motivation behind that picture and see a big red flag when it comes to parenting: They’re making their daughter’s big moment and new marriage all about them.

And you know what? It’s not cute, and it’s not funny. It’s competitive, it’s attention-seeking and it’s controlling. And it smacks of an inability to separate from your children and acknowledge that they now have their own lives.

This kiss comes on the heels of reports that Jim Bob asked TLC to edit Jessa’s wedding footage to imply that he and Michelle knew that the happy couple was going to have their first kiss in private. They didn’t want to be in the dark. They wanted to have a say (or to seem like they had a say) in what their kid was doing, even though she was old enough to get married and start popping out kids of her own.

Do you see the issue I’m having?

The idea of control where kids are concerned is a tough one. Kids are a part of us—literally, at first—and separating from them and welcoming their life choices is the hardest thing we’ll ever do as parents. My son isn’t even 3 yet, but I can feel it already. And I can see it in my own life and with so many people I know—adults, mind you—who have the hardest time navigating their parents’ approval and disapproval and figuring out what’s best for them.

You have to teach your kids values, and then you have to separate and let them make their own decisions and live their own lives. It terrifies me, I won’t lie, but I know it’s important. I also know that I have the self-awareness and the restraint not to pull a stunt like those two just did. Or at least people in my life who will remind me that if I’m tempted to, it would be a terrible idea.

Tell Us: What did you think of The Kiss? And how are you handling separation issues when it comes to your kids?