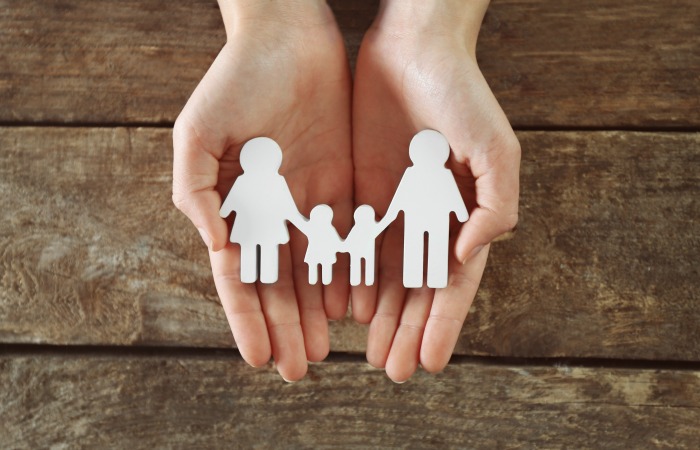 One month ago, my baby turned 1.

How this is possible, I have no idea, because I feel like I was pregnant about half a minute ago. But that’s the crazy thing about being a mom of two, isn’t it? Time flies in the most frightening way possible.

Also, excuse my language, but holy shit, I’m a mom of two. That sounds so grown up…and yet, I don’t feel grown up at all.

I’m not sure when that feeling is going to kick in, if ever, but I have noticed quite a few contradictions since we added Kid #2 to our brood. Am I wiser? I’d like to think a little, but mostly I’m probably just older, grayer and more sleep-deprived. Still, if you’re pregnant with your second or thinking about taking the plunge, you might be interested to hear that…

You will love your second child as fiercely as you love your first. Like every other mom on the planet, I worried about this. I shouldn’t have. Don’t get me wrong—I have a ton of guilt because my attention is split in a way that it wasn’t with my first, which is a whole other issue. But love? Not a problem at all.

That first year feels like the trippiest time warp ever. Everything feels like it was yesterday and a million years ago at the same time. That might partially explain why some of the items on my to-do list from last freaking year still haven’t gotten done.

Your first child will grow up overnight. In your eyes, anyway. You suddenly expect more from him, and while it’s not completely fair, it happens. Side note: Your older child will also look like a giant, even you don’t actually have a giant child like I do.

Yelling can increase exponentially if you’re not careful. Why won’t your older child just put on his coat? Why is he whining about getting extra time on the iPad? Why is he yelling right outside his napping sister’s room or jumping two inches away from her head? Oh, right, because he’s still a baby, too. It’s so hard to remember when you’re so tired. Take a breath, and know that soft words and hugs make everything better and calmer, even in the midst of a tantrum. And the yelling? That makes everything so much worse in so many ways.

Having one kid is not for the faint of heart. Having two or more is for people who have apparently lost their minds.

You learn to roll with it. You have to in order to survive, which sounds dire, but it’s actually the opposite. Perspective is a wonderful thing in parenting and in life.

Multitasking is essential—and impossible. You’ll be folding laundry while pretending you’re a Teenage Mutant Ninja Turtle. You’ll be returning e-mails and shopping for back-to-school clothes while the baby naps on your chest. You’ll be able to do pretty much everything one-handed and feel a ridiculous sense of pride about it. Unfortunately, you’ll probably also feel like you’re doing everything half-assed. Are you being a good enough mom? Is your work suffering? Are you truly present for anything? Is there any time left for you? When you have the time, you’ll stop and think about it and probably cry…and then you’ll pick yourself up from the sobbing heap on the floor and keep going.

It takes an inordinate amount of time to do anything. I’m not even talking about leaving the house, which usually takes at least 45 minutes longer than you think it will. (And two hours longer in the first two months.) I’m talking about things where you have to use your brain. The luxury of thinking gets deprioritized when you have a practical to-do list that’s a mile long. That’s why I wrote an entire book in the first three months of my baby’s life but have only gotten around to editing it in the last month, and why I started writing this post four weeks ago and only finished it today. Sigh.

The love feels like it will break you. Some days, I will sit here, watch my kids play and start crying. They are just so perfect, and they are all mine. It makes my heart literally ache.

See also  Today Is the Day That Everything Changes

Speaking of watching my kids together, there is nothing better. Yes, there have been some bumps in the road. And yes, I have been paranoid about my son picking up the baby, getting a little too rough with her, or jumping too enthusiastically and too close to her head. But they love each other in a way that is beyond anything I could have ever imagined, and it is amazing.

I am so glad I did this, but I know it’s not for everyone. Having one kid is not for the faint of heart. Having two or more is for people who have apparently lost their minds. Becoming a mother is the most wonderful thing I’ve ever done, but it’s also the most exhausting, life-changing, insane thing. Far from thinking that everyone needs to have this experience, I am more adamant than ever that it’s a very personal choice not to be taken lightly.

Your marriage has to be more of a partnership than ever. There will be plenty of days when you don’t feel like you’re in this together—but you are. Remember that, and talk about it…and then talk about it some more. Your sanity may take a serious hit by the time your kids are out of diapers, but your marriage shouldn’t.

Motherhood helps you find your voice. It’s easy to feel judged as a mom, mostly because there are a lot of people judging you. But honestly, as a mom of two, I care a lot less about everyone’s opinions than I used to, and I’m not afraid to open my mouth. Why? The stakes are too high, exhaustion has chipped away at my filter, and honestly, I don’t have time for the bullshit.

Where there’s a will, there’s a way. Things will fall through the cracks. You will lose your cool. You will feel like a failure some days. But your children’s smiles will take the edge off and remind you that all is really right with your little world. Plus, everything has a way of getting done…eventually.

Tell Us: What’s your biggest piece of advice for moms of almost-two?