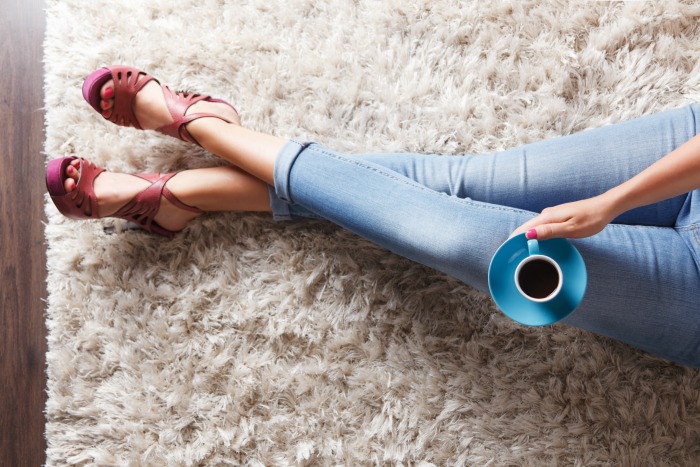 With the arrival of Baby #2, I’ve adopted a new mantra: Don’t dillydally.

And that sentiment has permeated every aspect of my life in the three weeks since she was born. I can’t dillydally if I want to get anything done. The problem is, I want to dillydally. I love dillydallying. It gives me the illusion that I have control over my own life and that it’s not being run by two very adorable little dictators.

Because this is how my life looks as a mom of two: Folding laundry that’s been sitting in the basket for at least three days…while singing along to a Laurie Berkner DVD with my son, who’s putting on a full show with singing, dancing and guitar-playing…while using one foot to further bounce the baby’s bouncy seat to lull her back to sleep.

I can’t decide if I’m amused or horrified by that little tableau, which seemed completely normal when it happened last week. All I know is that it’s my new reality. And this is why moms, especially moms of two (or more), should seize the moment when they’re presented with some rare peace, quiet and kiddie sleep.

Don’t dillydally…because that cup of tea will go cold. And so will the second, third and fourth attempts at the same damn cup.

Don’t dillydally…because when spit-up dries on your clothes, it is really foul, but it’s somehow easy to forget about until after you’ve left the house.

Don’t dillydally…because you really need to send that e-mail and/or see that cat video and you don’t want your kids to see you on your phone all the time.

Don’t dillydally…because it’s incredibly hard to write thank-you notes when two little people are trying to use your head as a springboard.

Don’t dillydally…because that flash-sale site isn’t going to shop itself and your kid is one minute closer to waking up from her nap.

Don’t dillydally…because you need to return those phone calls and people in the civilized world go to bed before 2 a.m. and aren’t up in 3-hour increments to feed a hungry little barracuda.

Don’t dillydally…because that fabulous idea that popped into your head will be gone forever if you don’t write it down immediately.

Don’t dillydally…because the later in the day that it gets, the less your brain will work properly, and those six half-written blog posts will sit on your desktop for two weeks. Oh, wait, maybe that’s just me.

Don’t dillydally…because your laundry is mysteriously multiplying by the millisecond.

Don’t dillydally…because showering is not only lovely but also kind of necessary once in a while.

Don’t dillydally…because your hungry newborn will start pecking at you like a chicken at the most inopportune time.

And sometimes, dillydallying just translates into good parenting—mostly, when you’re marveling at your newborn and soaking in the awesomeness of new motherhood. Because even if you’re covered in spit-up, exhausted, unshowered and still in your pajamas at 4 p.m., that kind of dillydallying is 100 percent, absolutely, completely and totally worth it. No guilt necessary and no explanation required to anyone, including yourself.

Tell Us: What’s the one thing you wish you still had time to do on a regular basis?