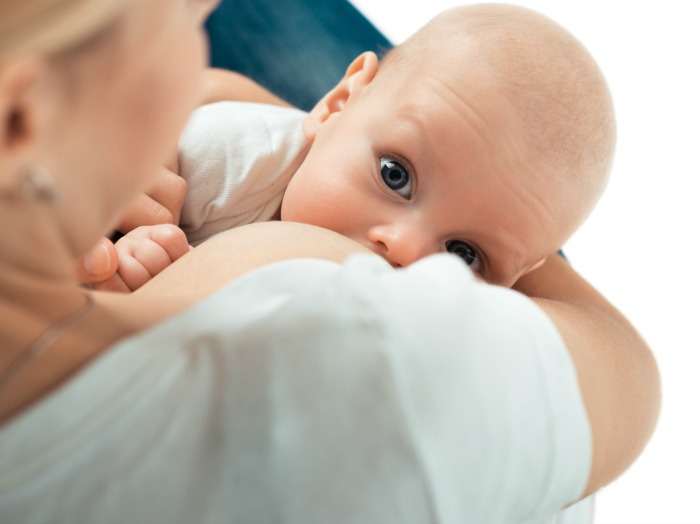 Welcome to 2016! The year in which moms around the country might actually lose their minds if they have to explain ONE MORE TIME why breastfeeding in public isn’t a sexual, shameful act.

I honestly can’t believe that we are still having this ridiculous conversation, and yet here we are. Why? Because a Republican congressman just brought it up in a Facebook exchange with a Democratic colleague. Here’s the delightful quote from New Hampshire State Rep. Josh Moore (R):

“Who doesn’t support a mothers right to feed? Don’t give me the liberal talking points Amanda. If it’s a woman’s natural inclination to pull her nipple out in public and you support that, than you should have no problem with a mans inclantion [sic] to stare at it and grab it. After all… It’s ALL relative and natural, right?”

Let’s ignore his atrocious grammar and spelling for a second and focus on what he’s saying. A congressman—an elected official who helps to craft laws for our country and is supposed to protect all of its citizens—said that it is A-OK for men to assault breastfeeding mothers. (And any other women, lactating or not, if they dare to expose their nipples, which happens to be legal in his home state.)

I’m going to have to cover my 4-year-old’s ears and put some money in my swear jar for this next bit, but…WHAT THE ACTUAL F*CK?!

Oh, I know what people will say to defend him: He didn’t really mean it; it was just an analogy. Emotion got the better of him, and he didn’t think things through fully. He respects women, and he wants them to respect themselves by covering up. And babies? Who doesn’t love a baby? Just don’t feed it in front of his delicate man-eyes.

I have had it with this crap.

For the last two years, every other day has seemed to bring a new breastfeeding attack. A few highlights…

A Florida mom got kicked out of a psychiatrist’s office for breastfeeding in the waiting room.

A Georgia woman was told not to feed her baby in a gym locker room.

A Texas woman wasn’t allowed to nurse in an empty fitting room at Victoria’s Secret. She was told to feed her baby in the alley behind the store instead.

Numerous women have been reprimanded for feeding their children in restaurants and coffee shops.

And let’s not forget Donald Trump, who called a female lawyer “disgusting” because she needed to take a break from a deposition to pump.

For as far as we appear to have come as a society, it seems that we haven’t come very far at all. In fact, a United Nations commission recently reported that the overall treatment of women in America is pretty appalling—from our country’s lack of paid maternity leave and problems with accessible reproductive health care to the lack of women in political office and the gender wage gap.

In case inquiring minds were wondering, I’ve mostly used a cover when feeding my daughter for the past five months. It doesn’t matter why, but I often wish that I didn’t. It can be hot and awkward with a cover, as well as difficult to get a newborn to latch on properly without seeing what’s going on. If you catch a glimpse of my nipple when I’m struggling to get her situated, I won’t be happy and I’ll likely be embarrassed, but so be it. My baby needs to be fed, and that’s the most important thing.

Women’s bodies are not communal property to be discussed, regulated, legislated about, criticized, gawked at and touched without permission. Those are the lessons—the family values—that I want my children to learn.

So, let me say it ONE MORE TIME for anyone who is confused, congressmen included: When women are nursing, they are not putting their nipples on display for your titillation, discomfort or amusement. They are feeding their children. Plus, it’s perfectly legal for women to breastfeed in the United States anywhere and in any way that they damn well please. End of story.

Tell Us: What do you think of the never-ending controversy about public breastfeeding?