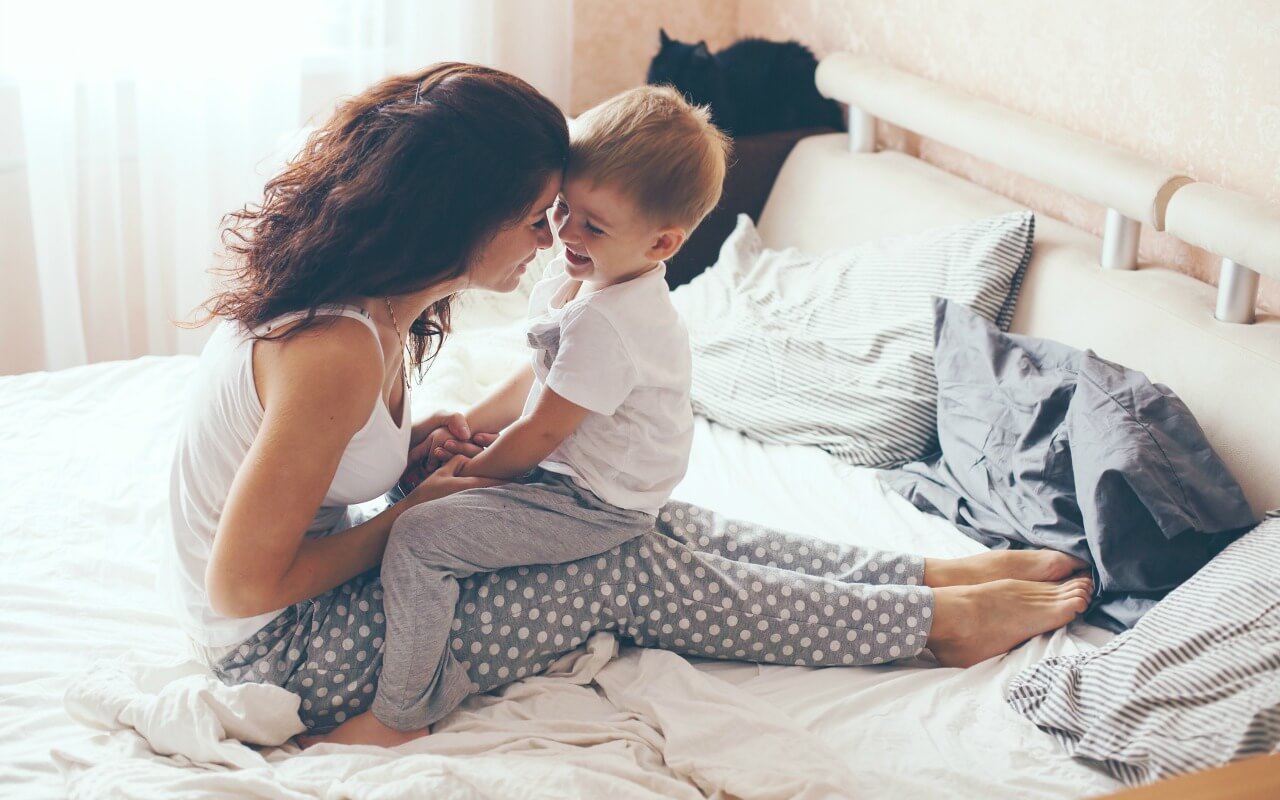 “I’m in here, baby,” I called out to my 3-year-old from the couch. It was early, and I was feeding his baby sister. Or more accurately, I had fallen asleep in the middle of feeding her like I do almost every night.

“It’s the middle of the night.”

“Mom, I want to stay here and cuddle with you.”

I felt instantly guilty. Here was my little boy, asking to be close to me…and I was pushing him away. We’ve all been there, and it was an ungodly hour, but that particular wake-up was a wake-up call for me.

Yes, I was exhausted. Yes, I had a million things to do the next day. But he and his sister were my first responsibilities, my first priorities—the two things in this world that I would give anything for.

I’d give anything for them to be safe. To the point where I watch The Walking Dead and think of ways I could sacrifice myself to save them in a zombiepocalypse. I’m half-joking, half-not. I suppose that my brain can handle that hypothetical scenario a little better than the potential terror attacks that also haunt my thoughts.

I’d give anything not to screw them up. It’s bound to happen somehow, but my hope is that it’s minimal—and just enough to give them some good stories about their crazy, well-meaning mom.

I’d give anything for them not to hate me when they grow up. Because that would just about kill me.

I’d give anything to have more time with them. Right now, all my 19-week-old needs is me, all she wants is me. And my son still thinks I’m pretty awesome to hang out with, even as he’s trying to assert his independence. But I know my days of being the center of their little worlds are numbered. This time is so precious and fleeting, and I wouldn’t trade even an hour of it for any amount of sleep.

So that morning when my son wanted to cuddle? Later that day, I joked about the circles under my eyes and the ridiculous amount of caffeine I needed to make it through the day. I don’t know why. I guess partly because that’s what moms do, partly because I really was that tired and partly because it’s scary to admit how vulnerable motherhood makes me feel.

But in that early-morning moment, I scooted over and made room for him on an impossibly small, uncomfortable section of the couch. His little body relaxed into mine, he soothed himself by holding my hair, something he’s done since he was a baby, and his breathing slowed to match his sister’s. And the three of us snuggled in the darkness—that perfect, sleepy, gorgeous moment that I’d have given anything to hold onto forever.

Tell Us: What moments have given you unexpected perspective?