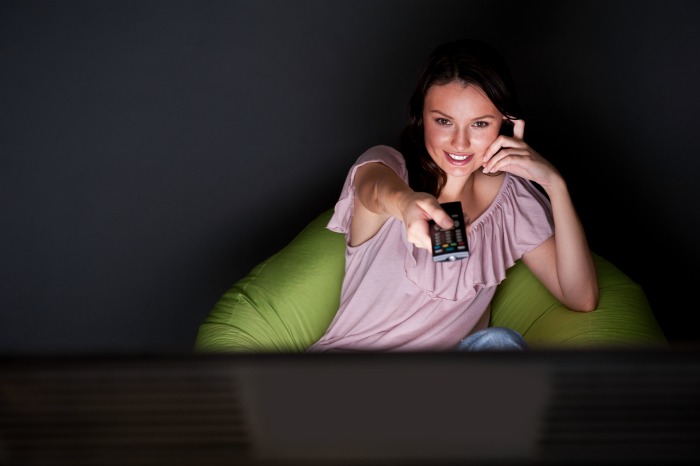 I love a good ’80s movie. And quite honestly, I don’t fully trust a person who doesn’t. But who knew that my favorite guilty pleasure would actually help me to become a good mom?

I know that I’m pretty great at rationalizing things, but hear me out! These 13 classics from my favorite decade actually offer up some, like, totally awesome parenting tips.

FERRIS BUELLER’S DAY OFF
“Life moves pretty fast. If you don’t stop and look around once in a while, you could miss it.” Can you think of a better quote to sum up the whirlwind that is parenting? Stop and smell the proverbial flowers, and you’ll even start looking at that 3 a.m. wakeup as one more fabulous opportunity to snuggle. Well, on some nights, anyway.

GREMLINS
Even the most cuddly and adorable creatures can turn into psychotic monsters under the right circumstances. And really, it doesn’t take much.

SIXTEEN CANDLES
Parenthood is exhausting, and that leads to forgetfulness. After giving birth to all 8 pounds 13 ounces of my son with a faulty epidural, I can’t imagine that I’d ever forget his birthday. But music classes and play dates? I don’t think so, but…well, I’m really tired, and iPhone calendars and alerts are there for a reason. Let them help you.

WEIRD SCIENCE
Boys are terrifying when left to their own devices. We call my two-year-old The Destroyer because he can (and will) destroy anything in 15 seconds or less if we’re not looking. Granted, he’s not making a woman from a doll while wearing a bra on his head…but he’s still young. Any chance I can keep him in his current sweet stage forever? 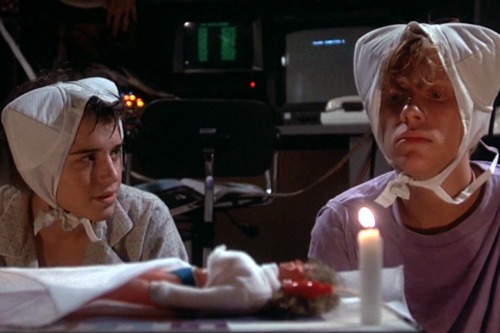 BACK TO THE FUTURE
When you follow your dreams, you’re doing right by your kids. All you need to do is look at Marty McFly’s before and after for proof. And speaking of your kids, don’t let them hang around with weird old dudes who tinker with stolen plutonium and associate with terrorists. Actually, that’s a good rule for all of us.

FOOTLOOSE
Don’t be an overbearing helicopter parent. If you hold on too tightly, those sweet, innocent kids of yours are going to rebel. And rebel hard. Though, that said, we should all be so lucky to have our kids rebel with dancing.

WAR GAMES
Computers need to be monitored, and video-game time should be limited. And when your husband says something like, “A few extra minutes playing a video game isn’t the end of the world,” you can say with authority, “Well, it can actually lead to that.”

THE BREAKFAST CLUB
There are a multitude of ways that parents can really screw up their kids. Pay attention to them and love them with all of their quirks, all of their contradictions, and don’t get set on an idea of who they “should” be. After all, your preschooler might be currently obsessed with football, but he might want to try out for the high school musical someday. One-word stereotypes are a wee bit limiting and emotionally scarring. Lord knows we were all there once upon a time…many of us back in the ’80s. 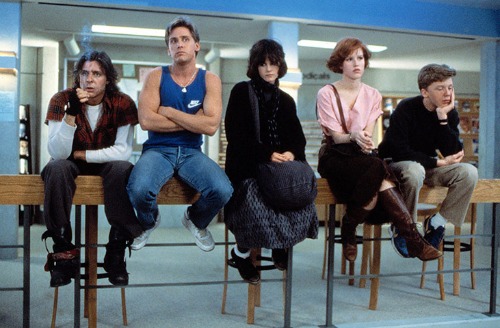 ADVENTURES IN BABYSITTING
Do extensive background checks on caregivers. And while you’re at it, skip the high schoolers with porn-star doppelgangers and flaky friends, and write out a manifesto of baby-sitting dos and don’ts. For example: Don’t take my kids into terrible neighborhoods where they could get stabbed in a gang fight. See? Easy-peasy.

E.T. THE EXTRA-TERRESTRIAL
Make sure kids know their phone numbers early. If I could microchip my kid, I would. And I bet E.T.’s parents were thinking the same thing.

STAND BY ME
Early friendships provide more than just play-date partners and potential mommy friends. They help to build character, encourage empathy and shape the adult your child will become. So remember to make time for new friends in your busy schedules, and teach your kid how to have good, healthy relationships. But definitely supervise those little partners in crime a bit more than parents did back in the ’50s: You don’t want them getting bored one day and going out in search of a dead body.

A NIGHTMARE ON ELM STREET
The bogeyman just might be real. And if that’s true, I should really go in and check on my baby when he starts crying in the middle of the night. Like, every time. I mean, what if…? Actually, this one may have ruined me for life. 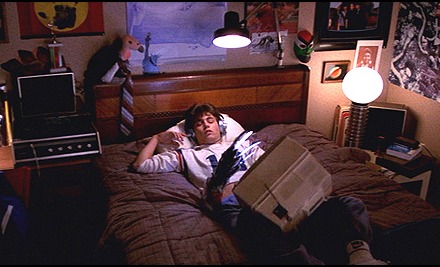 THE PRINCESS BRIDE
Love is the end-all, be-all. All that talk of “twoo wuv” is about romance, but these days, I hear it with mom ears. Case in point: “Do I love you? My God, if your love were a grain of sand, mine would be a universe of beaches.” Did you ever think your heart could swell with love as much as it does for your kids? I didn’t. Did you ever think you could be as tired as you are right now? I didn’t. I guess I should’ve also listened with my mom ears to this: “You’ve been mostly dead all day.” Hello, sleep deprivation, my new friend.

Tell Us: What’s your favorite ’80s movie? And which movie, from the ’80s or not, inadvertently taught you about parenthood?