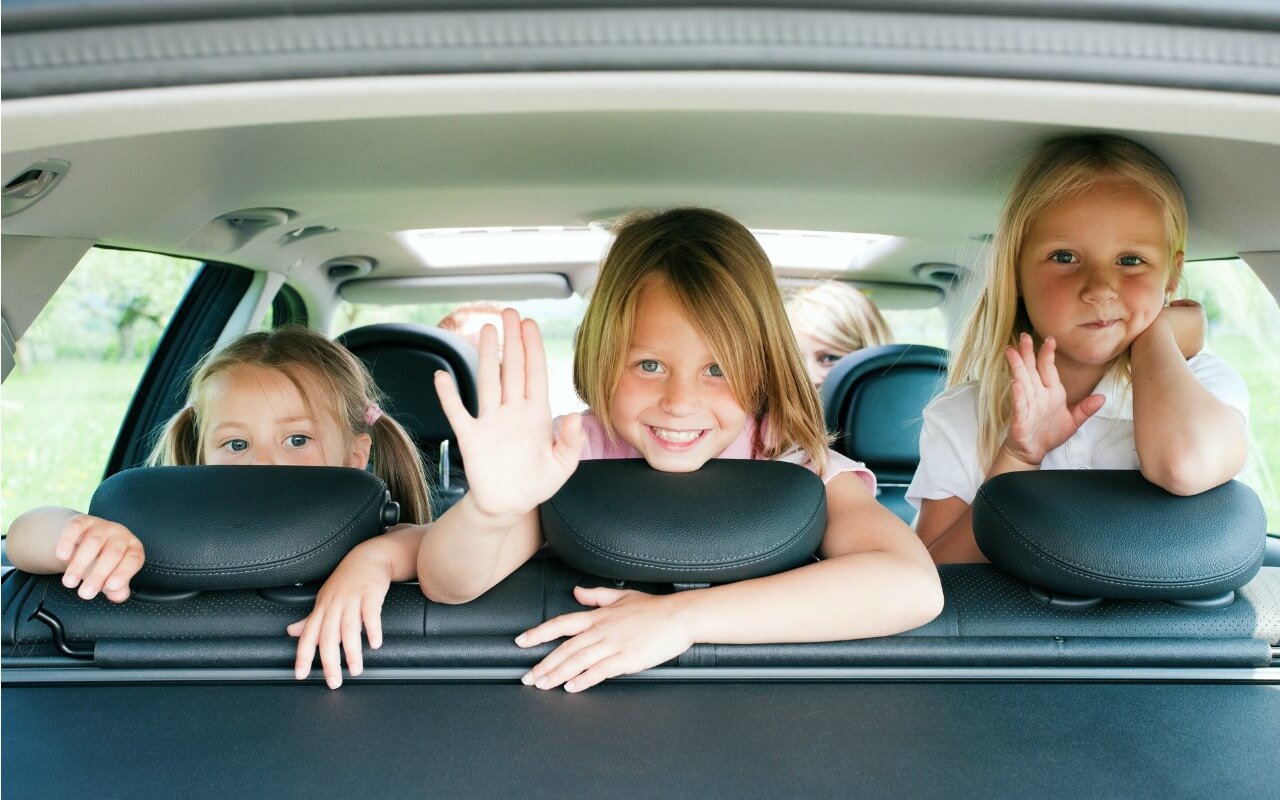 It’s been two and a half months since I moved to the ’burbs, and it’s been a bit of an adjustment for me.

I cried my eyes out during the first month, wrote a few posts about city life—including one about why New York City is the best place to raise little kids—and religiously avoided looking out the windows into the pitch-black after 11 p.m. because I was terrified I was going to see someone looking back at me, horror movie–style. (I still do that and am not sure I ever won’t.)

I am a city girl through and through, but my kids are apparently made for the suburbs. Seriously, I can’t believe quite how much they love it here and how happy they are, especially my son. He’s flourishing in a way that I hadn’t expected—and certainly hadn’t expected so quickly. That has been making me love it here, and despite the difficulty of those first few weeks, my transition has been pretty smooth.

Still, there’s one thing that I don’t think I’ll ever get used to: the level of organization and planning ahead you need to survive here…and the lack of bodegas.

I asked around, and apparently there aren’t bodegas in every city, so for the uninitiated, they’re basically just all-night convenience stores. The prices are on the high side, but if you need batteries or soap or Double Stuffed Oreos at 1 a.m., you’re in luck. The real joy of the New York City bodega, though, is that you can stumble out of your apartment to one in your pajamas.

See also  All They Want for Christmas Is You

And yes, I did occasionally go in my pajamas. I lost all sense of shame when I had kids.

Anyway, my bodega love is really part of a larger New York City attitude: When you live in the city, everything is right there at all times—and literally, at all times of the day or night. Bodegas are open 24 hours, and they’re on nearly every corner. This is especially amazing if you’re a little forgetful, a little frenetic and a little bit mired in mom life.

Don’t get me wrong: I make lists. I plan. In fact, I try to plan my grocery-store trips meticulously and make sure we have all the ingredients for dinner, but inevitably I forget something. So, when I lived in the city, I’d run out quickly with the kids—with the baby strapped to me in a K’Tan or Ergo—or send out my long-suffering husband to get the missing item.

In the ‘burbs, things aren’t quite that easy. No, instead of running across the street for a 3-minute round-trip excursion, I have to strap the kids into their car seats, drive to the store, unstrap them from their car seats, wake them up if they fall asleep on the seven-minute drive, schlep them into said store, wait on a proper line, get them back into the car, drive back home, and so on and so forth.

I’m exhausted just writing all of that, let alone doing it every time I run out of milk. And don’t even get me started on needing to grab a few bucks at the ATM.

I’m trying to get better about planning ahead, and maybe that’s how I should look at it: This is a good, swift kick in the butt for me to get it together. I am going to plan ahead. I am not only going to make my list, but I’m going to check it twice—hell, three times…as my kids clamor for my attention and attempt to scale me like a jungle gym and after I check those five texts that just pinged on my phone.

On second thought, maybe I’ll just Iron Chef it and make do with what I have in the kitchen, even if I’m more of a recipe gal than a winging-it one when it comes to cooking. Still…I’m sure my creation will still be edible without one or two silly ingredients—um, right?

Oh, who am I kidding. There’s always a PB&J sandwich…and I can make that fabulous recipe tomorrow, once I get my butt back to the store.

Tell Us: How do you stay organized and on top of everything?