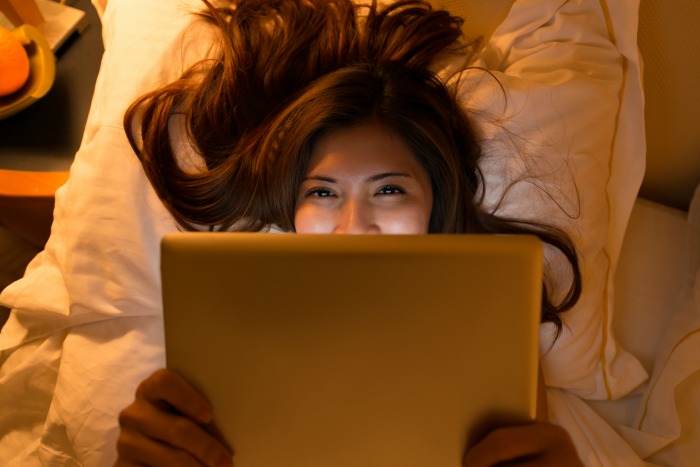 What on Earth were we doing up? It was 12:30, and we were putzing around and gabbing like we were still in college. It was fun, don’t get me wrong, but we are not in college anymore. Nothing tells me that like the wrinkles around my eyes and the fact that a simple hangover now lasts for three days.

We are tired—so tired—and yet we can’t seem to drag ourselves into bed until the wee hours of the night. Sure, some of it is Internet addiction. But some of it is work (and I do the majority of mine after the kids are in bed). Some of it is life crap. Some of it is feeling “touched out” and wanting to have time to ourselves to feel like ourselves. Some of it is vegging out in front of a TV show or—my personal favorite—staring at the wall because my brain is so tired, it can’t even focus on the damn TV show.

I’ve always been a night owl, and when I’m in the zone, I get sh*t done. I’d like to say that’s what’s been going on lately, but that would be a big, fat lie.

So, this post is my effort to get my butt in gear and to be more accountable with my nighttime time. Because I’m freaking tired, and I don’t want to look and act like an extra from The Walking Dead when I’m with my kids every day.

Plus, how much caffeine can one mom drink? Um, a lot.

Anyway, here’s what I’m going to do to change all that, which I hope is helpful to you, too…

Break out the Post-its. I realize that there are all sorts of smartphone apps and computer calendars that I could utilize, but there’s nothing like a good, old-fashioned written list. There’s something ridiculously satisfying about manually crossing things off. Yes, with a pen. I can’t decide if that makes me old-fashioned or just old, but quite honestly, I don’t care because it is that satisfying.

My to-do list is beyond daunting. So I make two lists: one that I can actually accomplish that day and one that has loftier, long-term goals.

Be realistic about the day’s goals. My to-do list is beyond daunting. So I make two lists: one that I can actually accomplish that day and one that has loftier, long-term goals. Every day, I’ll add a long-term goal to the first list so that I start chipping away at that, too. The key for me is to make this list at night, before I go to bed—and before all hell breaks loose in the morning with the kids.

Stop what I’m doing when something isn’t working, no matter how hard I try. Sometimes I’ll keep plugging away at a task, even though my brain just isn’t in it. That’s the time to get up, stretch and do something else (as long as I’m not on a deadline). The task will still be there tomorrow, and maybe sleep will help me figure out how to do it better.

Prioritize nighttime showering. It is sad that I have to write this down, but alas, here we are. Stepping away from my screen and letting the water run over my head tends to reboot my brain and work out whatever problems I’ve been having.

Organize a random household thing for 10 minutes before doing whatever really needs doing. This is the weirdest thing, but it really clears my head and puts me on a good path for the rest of the night. I think it tricks my brain into being productive with everything else. I don’t do something I have to do—like fold laundry or load the dishwasher. Instead, I’ll take 10 minutes to start changing over my summer clothes to winter clothes or to go through one of the ridiculous piles of papers on my dresser. It makes me feel like I’m making some real progress, not just trying not to keep my head above the proverbial water.

Talk to my husband. Yeah, that guy. I kind of like him, and sometimes I forget when we’re retreating to our respective corners to get stuff done. Talking to him also helps me to decompress, focus and remember what else I should be doing.

Step away from social media…at least a little bit. Let’s be honest here: I’m not giving it up. I’m not even going cold turkey for a few hours. I enjoy checking in and seeing what’s up—I think that my daughter’s FOMO may have rubbed off on me—and I also use it for Momsanity work. But the election is making me crazy, and it’s overshadowing everything else and completely sidetracking me. I need to rein it in so that I’m not constantly losing my train of thought and momentum.

Set aside one night a week for anything but work. Full disclosure: I always have TV on in the background while I work (though not music, because I start singing along and get really distracted), but I need one night of true downtime…even though I’ll probably be folding laundry…and the baby will probably wake up 10 times that night.

In the immortal words of Samuel L. Jackson, go the f*ck to sleep! I need to give myself a hard and fast bedtime. No excuses. Well, some excuses…but at least for one or two nights, no excuses.

So, this is my challenge to myself—and my attempt to be accountable. Who’s with me? Because I’m pretty sure that I’m not the only mom having this problem. Let’s check in with one another tomorrow and make sure we stick with it. Good luck to all of us, and good night…eventually!

Tell Us: What are your tricks for staying on task and for getting a decent night of sleep? 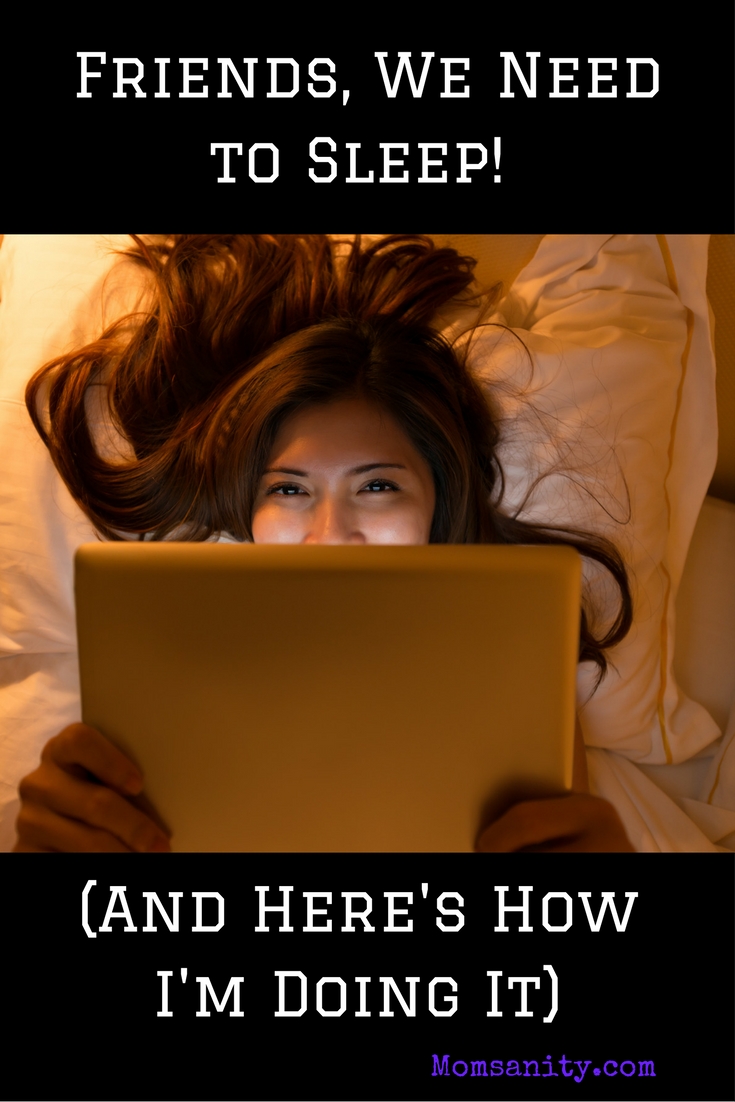