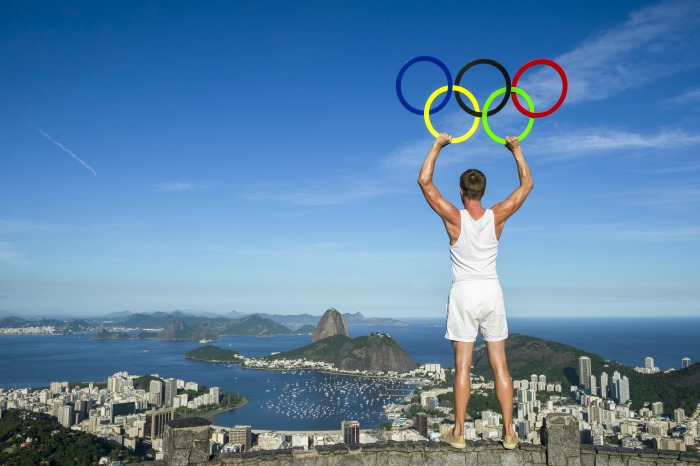 The Olympics are making me see red right now. No, not red, white and blue. Just red.

Why? Four little letters and one huge disease: Zika.

And I want to scream another four-letter word at the International Olympic Committee and the World Health Organization for saying that “there is no public health justification for postponing or canceling the Games.”

Rio is pretty much ground zero for Zika, which—as I’m sure everyone knows by now—can cause serious birth defects, including microcephaly, in babies whose mothers contract the virus. Zika can be spread by mosquitoes and also through sex, and no one knows how long its effects last, so even if a woman is not pregnant yet, this could still be an issue months later. Health officials in affected countries have recommended that women postpone getting pregnant from anywhere between a few months to indefinitely, and President Obama has requested billions for funding to fight the virus (something that, predictably, is currently at a stalemate in Congress). It is a global health crisis.

But yes, please, tell me again that there’s no public health justification to move or postpone the Games.

This whole thing reminds me of the scene in Erin Brockovich when Erin offers contaminated water to the opposing counsel and asks them to drink it. Would you knowingly put yourself and your unborn baby in harm’s way? The answer is no, but it’s OK for all of these other people.

I have so many complicated feelings about all of this, so bear with me as I try to sort them out.

For starters, I find it unconscionable that athletes who have worked their entire lives toward a singular goal that only comes around once every four years now have to make a choice about whether or not to attend these Games. They have been training for years, often since childhood, and this is their life.

Second, at first glance, this feels like a “woman problem,” which is why I think things have gotten this far in the first place. I know that I’m going to get grief for this, but I don’t care; it’s true. We have a problem with women and pregnancy in this world, especially in the workplace. (Yes, men are also involved in this equation, and I’ll get to that in a moment.) This is being billed as a choice, mostly for women. Maybe it is ultimately, but it’s a sh*tty choice. The female athletes are either supposed to suck it up, cross their fingers and hope for the best, or sacrifice their life’s dream and life’s work.

These athletes often put their personal lives on hold until after the games. For some, that means that they plan to get pregnant right after the Olympics. Others are even pregnant while competing, like beach-volleyball player Kerry Walsh Jennings, who was 5 weeks pregnant when she took home the gold in 2012. Now we are telling them what? To ditch their dreams because they want to become mothers? Or that they should play Russian roulette with their babies’ health?

Now we are telling them what? To ditch their dreams because they want to become mothers? Or that they should play Russian roulette with their babies’ health?

The same goes for everyone else who will be working the Games behind the scenes—PR reps, TV producers and hosts, reporters, coaches, assistants and so on. They have to choose between potentially putting their families’ health at risk or losing their jobs, which, of course, support those families. And can you imagine a woman laying that out there for her boss? Yeah, that would go over well, I’m sure. That said, some NBC employees are already having that conversation, and I would imagine that it’s also happening at dozens of other companies affiliated with the athletes and brands involved. Incidentally, as I was finishing up this post, Savannah Guthrie announced that she was pregnant—and that she will be skipping the Games.

Yes, men are affected by this, too, but the majority of the responsibility falls on the women. That’s the implication and current dialogue, anyway. That’s why I am beyond thrilled to see two male athletes talking about this. First, Pau Gasol of the Chicago Bulls voiced his concerns. And then just this week, American cyclist Tejay van Garderen said that he would not be competing because his wife is pregnant: “I don’t want to take any chances. If anything were to happen, I couldn’t live with myself.”

In the end, this all boils down to money. (And before you say that the WHO is impartial, they have been criticized for basically being in bed with the International Olympic Committee and having a conflict of interest here.) The Olympics are big business. And Brazil has spent a boatload of it on getting Rio ready for the Games. It will also be a boon for their economy, as it is for any country hosting, and canceling them now would be disappointing and financially problematic. It would also hurt the pocketbooks of the networks, sponsors, brands and blah blah blah blah blah.

Yeah, I just trailed off there because does any of that crap actually matter when you’re talking about the health of a baby?

You know how you would answer if it was your baby, how anyone would answer about their own babies. So why is this even up for debate?

Tell Us: What would you do in this situation? And are you worried about Zika?