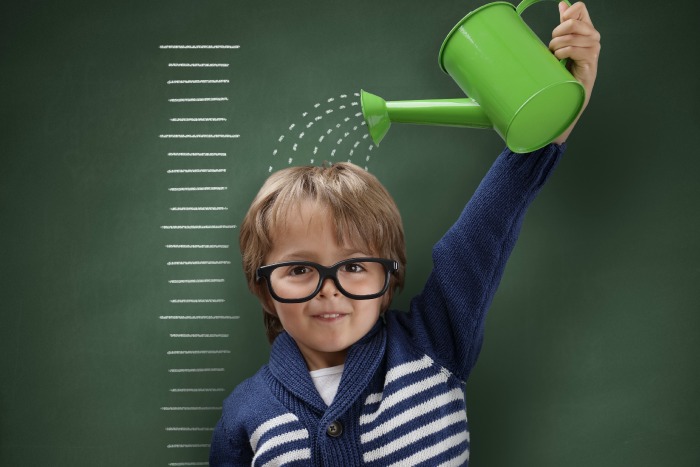 I am not tall. I am not short. In fact, I am just about the most average you can get when it comes to height. However, my five-foot-four stature gets totally side-eyed when I tell people how old my son is.

To say that he’s a “tall kid” is an understatement. For the record, he’s 4 and a half…and the size of a 7-year-old. Seriously. He’s usually a full head taller than almost everyone else in his classes, and he seems on track to try out for the Knicks in a couple of seasons.

I was a small kid—and a late bloomer, at that—so this tall-kid thing is a whole new experience for me. As a mom, I love that he’s tall and robust. Especially when he was a baby, I relished each off-the-charts-tall doctor’s report. I also loved that he was able to ride most of the rides at Disney when he was only 3.

That said, there are a few surprises that come with freakishly tall kid territory.

It’s always the first conversation that I have with a new person. “He’s how old? Wow, he’s really big for his age.” It’s on par with the old pick-up lines: “Come here often?” and “So, what do you do?” Though with this one, I feel like I should be handed an application to the circus so everyone can see the gigantic kid that I somehow birthed.

Everyone asks if my husband is some sort of beastly giant. This is the follow-up question. Always. For the record, my husband is only six feet tall, but he does have a few uncles around the six-foot-four mark. So, we think we’ve identified the beastly giant genes.

Pacifier talks used to be really annoying. I can’t tell you how happy I am that we are past this stage, but I still get twitchy when I think about it. We’d always hear, “Young man, you’re too old for that pacifier,” from my superintendent (repeatedly) and similar sentiments from random busybodies on the New York City streets. My son loved his paci, and there always seemed to be a reason to prolong the inevitable. (Miserable teething, cold-and-flu season, one more flight, and so on.) But why am I making excuses? It’s no one’s business!

I have lost the ability to judge any other child’s age in relation to his or her size. Unless your child is a giant as well, I will grossly misjudge your little cherub’s age. Oh, he’s 9 months old, not 4 months? Oops. (I even get confused with my daughter, since she’s on the tiny side.) So I’ll just ask, expression blank, and keep my surprise to myself. Which is a good parenting maxim when talking to parents about lots of other kid-related things, too.

Unless your child is a giant as well, I will grossly misjudge your little cherub’s age.

He was able to reach the top lock a lot sooner than he should have been able to. Did you hear about that 4-year-old girl in Philadelphia a while back who escaped from her house and got on a bus in the middle of the night to get a slushie? I have no idea if she was particularly tall and was able to reach a lock that should have been well out of her reach, but that’s my biggest fear when I go to sleep every night: that my son will pull a Houdini with our three locks and end up on the big, bad city streets by himself.

See also  All I Want for Mother's Day

Cradling him in my arms is surreal. I don’t carry him much because he’s so big, though I do regularly carry him to his bedroom to “sneak in” after his little sister has gone to bed. (He thinks it’s fun; I think it’s the only way I can keep him from waking her up.) Most of the time, I don’t think twice about this—a mom’s gotta do what a mom’s gotta do—but sometimes I’ll catch a glimpse of our reflection together and just laugh.

It’s really hard to wrangle a child who’s more than half your size and really doesn’t want to do something. I had this experience last year when I was nearly 6 months pregnant. That was fun—and so were my frighteningly sore abdominal muscles later that night. That’s the last time I attempted that. Now I just wait until he sees the reason in my argument to get in the damn car seat or do whatever needs doing. Sometimes we’re there for a long time. If I’m desperate and really running late, I’m not above a good bribe.

Tell Us: What’s the first question that you always get asked about your kid, and how do you respond? 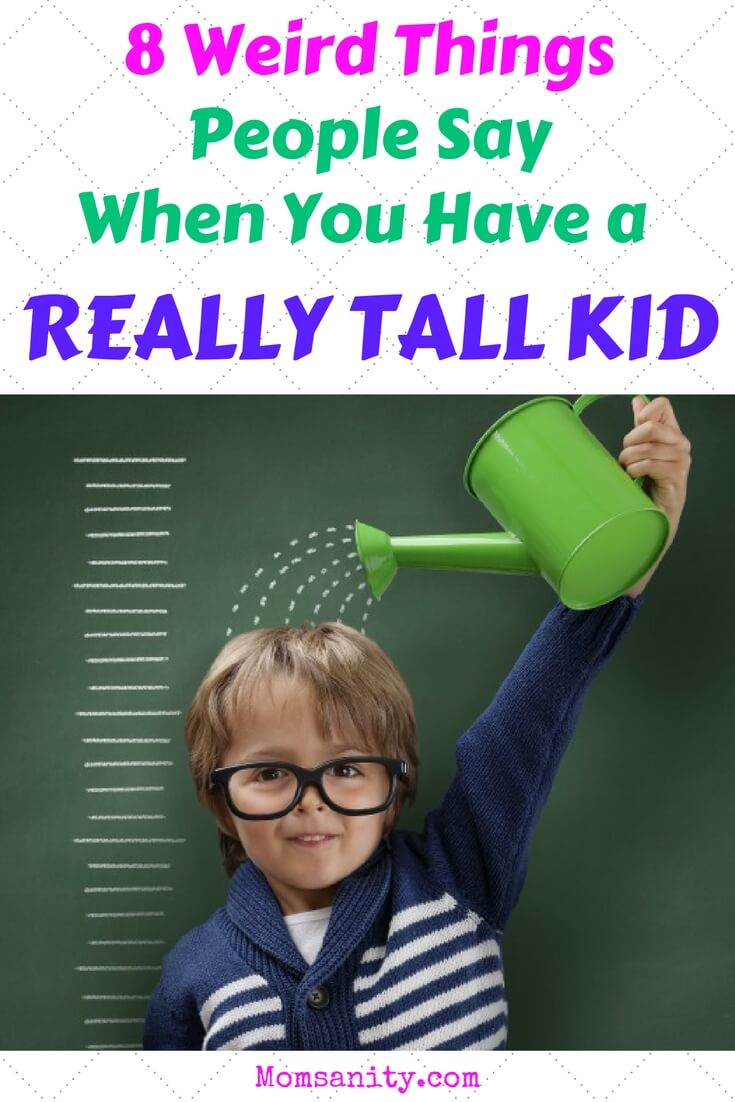