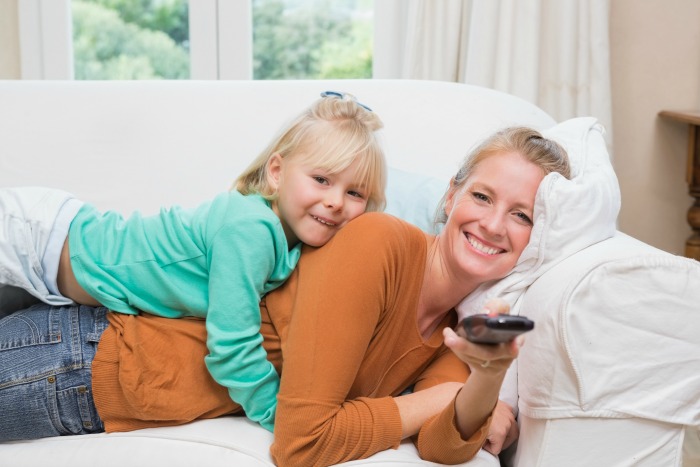 Don’t judge me, but occasionally, I outright lie to my kid when it comes to the coveted TV.

Oh, don’t get me wrong: TV is allowed in our house, with limits. We’re living in the 21st century, I have worked in media for a good part of my professional life, I think that it exposes kids to things that we can’t always see in person (for example: spaceships, superheroes and sorcerers) and—truth be told—I like TV. There, I said it.

That said, I’ll usually watch with my 3-year-old, and I’m strict about what I will and won’t let him watch. Some of it is mind-numbing dreck. Some of it makes kids obnoxious. And let’s be honest, some of it is just really freaking annoying.

And that’s where the lying comes in.

Barney, Dora, Callilou, Max & Ruby, The Chica Show and SpongeBob Squarepants? When we see commercials for any of them, I’ll reply, without skipping a beat, “Oh, that’s just a commercial. It’s not a show that we can actually see.”

Yeah, yeah, I should be honest with him, but truthfully? I am so painfully honest about so many other things, and this is one battle I just don’t want to fight right now with a stubborn 3-year-old. Really, can you blame me?

DINOSAUR TRAIN
These are the good, anti-Barney dinosaurs, in my opinion. Sweet little toddler dinosaurs and pterosaurs who learn about other dinosaurs and go on fun adventures to various prehistoric eras on a magical, time-traveling train. (Seriously, did a toddler think up this show?) The mom pteranadon also adopted a stray T. Rex whose egg randomly showed up in her nest, and the opening song that explains that occasionally makes me weep. And yes, that’s a good thing in my (warped mommy) book.

MILES FROM TOMORROWLAND
Combined with trips to the planetarium, this cartoon has spurred on lots of imaginary play with rocket ships made out of the cushions from my (poor, semi-destroyed) couch. The other day, we blasted off into space, with our very unimpressed dog, so that we could save the dinosaurs on Jupiter and bring them back to Earth. Yep, you read that right. Also, Miles’ mom—not his dad—is the captain of their spaceship, and you know how I love a good feminist role model in my pop culture. 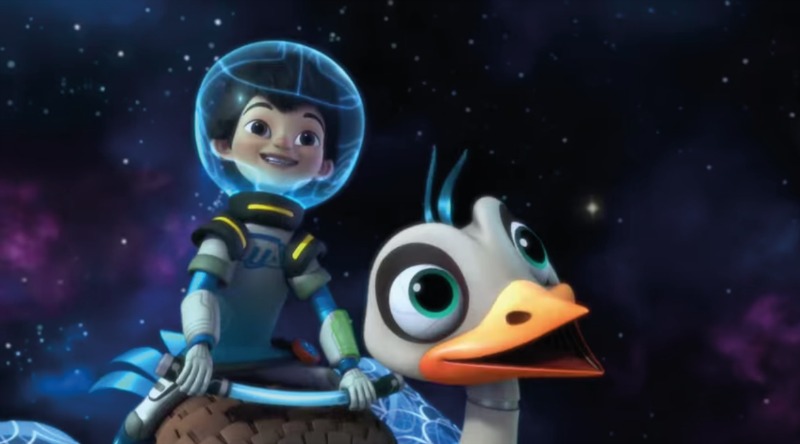 PEG PLUS CAT
Math that my son—and I—can actually understand. Plus, my son runs around our apartment, singing, “Triangle, hexagon, triangle, square!” and randomly picks out complex shapes when we’re out and about in the real world. I still can’t identify a hexagon without counting (and sometimes recounting) the sides. Sad but true.

DANIEL TIGER’S NEIGHBORHOOD
This updated, animated version of Mr. Rogers is all about empathy, kindness, understanding, helping and anger management, with practical tips on getting those little toddler and preschooler ids under control. And for some reason, these lessons tend to sink into my 3-year-old’s brain just a little bit more when they’re being modeled by a cute, non-people-eating tiger.

SESAME STREET
It’s a classic for a reason. Letters, numbers, life lessons, you know the drill. (Hey, it taught me to count to 10 in Spanish when I was a kid!) But maybe best of all, it includes inside jokes for adults, which makes it more palatable—i.e., spoofs of Twilight, Lord of the Rings and The Karate Kid, featuring the eternally youthful Cookie Monster in the Ralph Macchio role, naturally.

CURIOUS GEORGE
After reading the original book as an adult, I had some…issues with it. Mainly with the fact that the Man with the Yellow Hat is an illegal poacher at best and a creepy kidnapper with nefarious motives at worst. But the cartoon is sweet, and George is always curious and well-meaning, just like my little monkey. 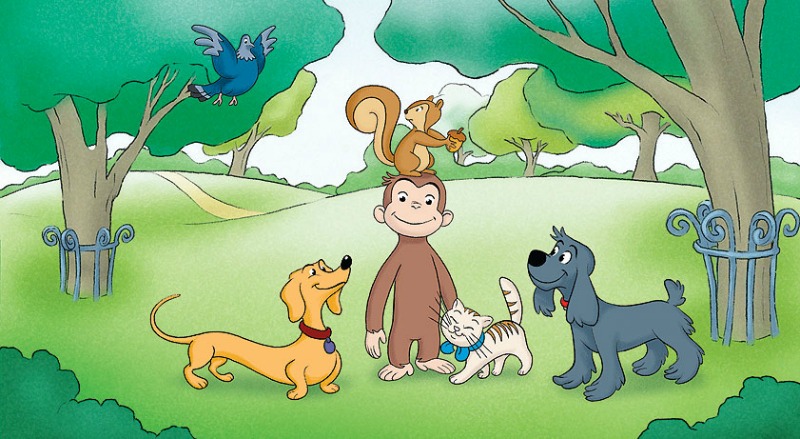 SUPER WHY
I was an English Literature major who is now a writer, and I have the movie tastes of a 13-year-old boy. So…age-appropriate and non-violent superheroes combined with rudimentary reading lessons? Sign me up!

MICKEY MOUSE CLUBHOUSE
To be completely honest, my parenting skills are questionable when Mickey enters the picture. If I put on an episode, my son won’t move from the couch, so I can leave the room to take a shower or hop on a quick work call. I try not to make a habit of this, but sometimes I need a virtual babysitter for 22 minutes. Plus, there’s learning and stuff. So, see? TV isn’t all bad.

Tell Us: Which kiddie shows do you love—and which are banned in your house?