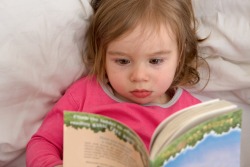 When toddlers like a book, they really like it. Which means that you’ll be reading it again and again and again. It’s the toddler way. And it’s adorable, educational and occasionally a little maddening for parents.

While the books that you used to soothe baby to sleep in the early days are probably still big hits (ours certainly are), it’s important for your sanity and your toddler’s development to have a vast library and a good list of recommendations at the ready.

Here are 6 of my little guy’s favorites for bedtime and beyond.

Star Wars 123
Full disclosure: I am a Star Wars freak. The originals three only, of course. Puh-lease, I am a purist. So I was thrilled when my friend got us a copy of this counting book, complete with 1 Yoda, the galaxy’s 3 most heroic BFFs and 9 starships that zoom through space. My son has never actually seen Star Wars, but he’s already a diehard fan. It must be genetic. When we get to the last page with the “100 stormtroopers who are loyal the Galactic Empire,” I always sing “The Imperial March” to him. Now he demands it randomly throughout the day with a “dun, dun, dun,” and I think that I may have inadvertently created a mini Darth Vader. Oops. 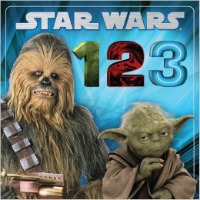 God’s Dream
The fact that he loves this book makes me feel eminently better because I know that there’s good in my little Anakin. And it gives me hope in humanity—period. Given to him by his godmother for his christening, it’s all about sharing, loving and caring. It was written by Archbishop Desmond Tutu, and without being overtly religious (aside from the word God in there) or at all denominational, it teaches kids that we are all the same and that they should respect others’ differences. I could think of a few adults I’d like to give this book to. And possibly the entire Middle East.

See also  The Injustices of Parenthood 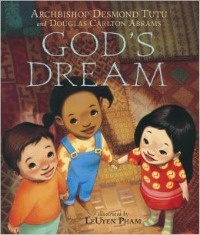 If You Give a Mouse a Cookie
Apparently, mice are very demanding. The one in this story is, anyway. If you give him a cookie, he’s going to want a glass of milk, a straw, a haircut, a nap, crayons and lots more. It’s all about cause and effect and, you know, cookies.

Subway
What little boy doesn’t love trains? Move over, Thomas, because this board book with its easy, earworm-style rhymes will be the new go-to. My little New York City dweller especially loves it, and it’s also useful when we’re actually on a train. This has been a favorite since he was just a few months old, and now, at 2, he’s memorized it and sometimes “reads” it out loud to himself as he flips from page to page. 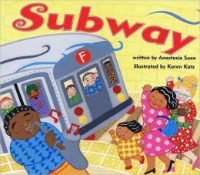 I Love You More
A little boy asks his mother how much she loves him, and she responds by telling him that she loves him more than the highest bird ever flew, more than the tallest tree ever grew, and so on. Then the tables are flipped—and the book literally gets flipped over—for part two, where the mother poses the same question to her son. It’s incredibly sweet, and I always get a little choked up at the end when the mother counters her son’s profession of love by whispering, “I love you more.” Side note: Brunette moms and their little brunette boys will particularly love this. (Ahem.) 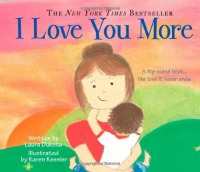 How to Make an Apple Pie and See the World
What do you do if you’re really in the mood for apple pie, but you don’t have any of the ingredients on hand and the market is closed? Hop on a steamship to Europe and travel the world to get everything, of course! My son loves the whirlwind of the journey, and I love that he’s getting an idea of what goes into his food as well as a glimpse into other parts of the world, like Italy, Sri Lanka and Jamaica. The only downside? I always have a ridiculous craving for apple pie when we finish this one.

See also  Got a Plan for the Apocalypse? 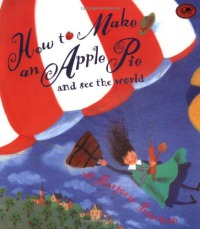 TELL US: What are your toddler’s favorite books?