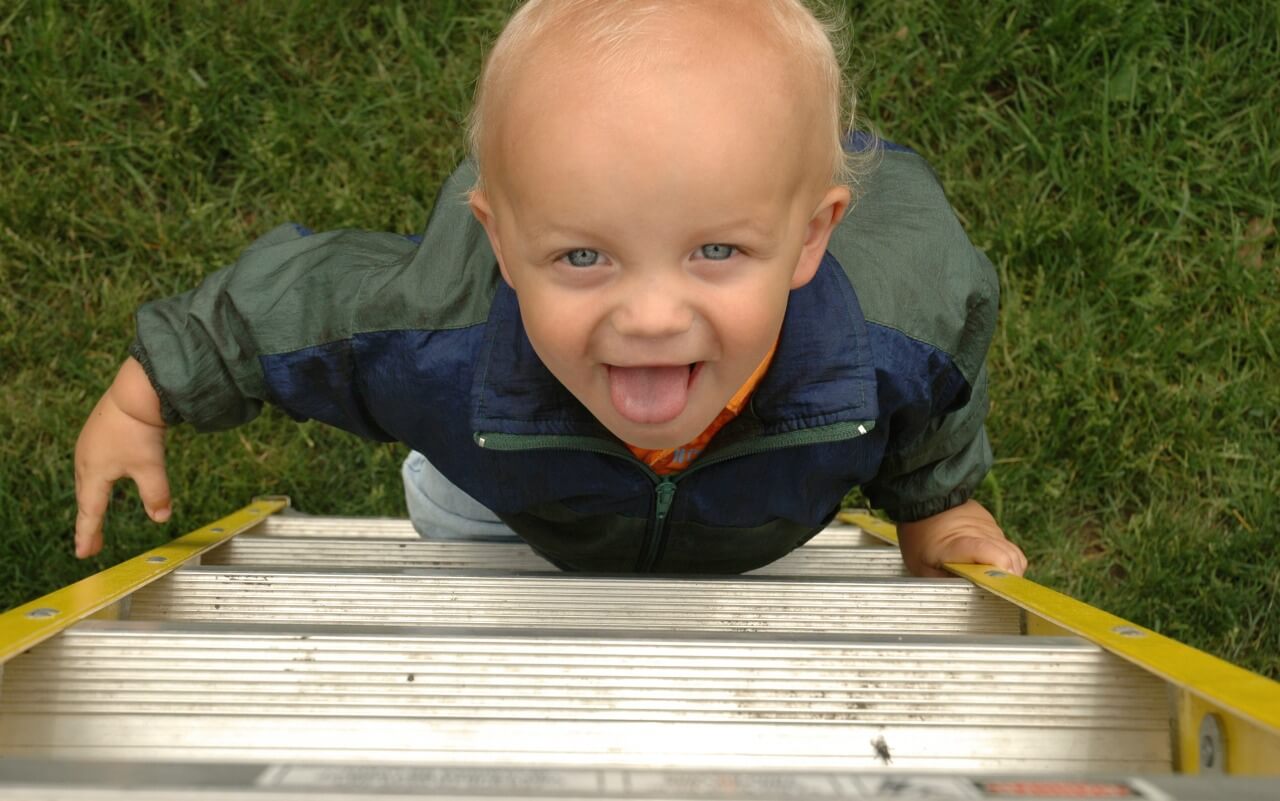 Most of the time, I look at my toddler and see a baby. A perfect, sweet, smiley, dimpled, slightly crazy baby.

And sometimes I look at him and see him as a grown man. Or at least a teenager who’s going to give me a heart attack someday.

Because I’ve realized that there are certain things he does now—at the ripe old age of 2 and three quarters—that don’t bode well for his future. OK, fine, for my future. Here’s what makes me fear for whatever small bit of sanity I currently have left.

He chugs milk from his sippy cup while simultaneously sucking on a pacifier. Yes, you read that right. The sippy cup is shoved in one side while the paci is hanging out of the other. Fast-forward to my nightmare 20 years from now, as he’s hanging out with his band, too in love with his cigarette to take it out of his mouth for even a second while he takes a swig from a beer bottle.

He’s been known to double-fist his pacifiers. Building upon my beer fear above as I envision him slurring, “Bartender, keep those drinks coming!”

He jumps, tumbles, spins till he falls down and generally acts like a mini Evel Knievel. My daredevil of a kid not only likes to be in the center of the action—he also loves the adrenaline rush of feeling dizzy and off-kilter. For a woman who can’t even walk across one of those shaky bridges at a playground without getting debilitating vertigo and who implements various defensive-toddlering tactics on an hourly basis, the prospect of him BASE jumping and cliff diving terrifies me.

He dumps out his toy buckets over his head. I’ve tried to maintain some sort of a system to organize toys. (I really hope that my husband’s not drinking anything while reading this part or it’ll come out of his nose.) I mean, my system sucks and I’m generally not the neatest person on the planet, but I’m trying. This child of mine is not helping, since he apparently likes to be literally enveloped in a mess. I wasn’t kidding when I said that he dumps the buckets over his head. If things are this bad now, I can only imagine what they’re going to be like when he’s a sullen teenager whose room is littered with discarded clothes and assorted teenage crap.

He has the hots for Katy Perry. Whenever he watches her “Roar” video, he turns to me and says, “Mommy, Katy Perry’s so beautiful.” Yes, baby, she is. But she’s also super-talented and has an amazing voice. And that’s exactly what I tell him. I want to make sure I’m doing my job as a parent by teaching him to value women for more than just their beauty. He’s a little sponge right now, so I also make sure that when I’m talking about women—random celebrities and myself included—it’s in a healthy, positive way. My husband has also suggested that our little guy likes Katy Perry because she kind of looks like Mommy (yeah, I wish!) with her long, brown hair…and we all know how much he loves my hair. I don’t know if it’s as Freudian as that, though I’m secretly thrilled he seems to like brunettes. Still, he had better bring home a smart (and sweet and kind) brunette someday.

See also  Where Do You Stand on Free-Range Parenting?

Tell Us: What worries you about your child growing up?